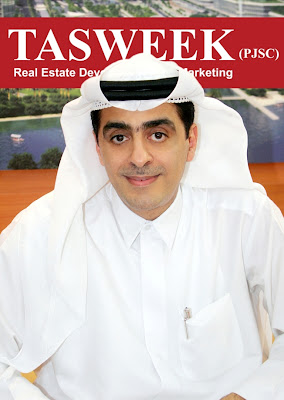 TASWEEK Real Estate Marketing and Development, a leading property advisor and solutions provider, says that Q1 results point to a surplus of supply and fluctuating demand as the two key issues the UAE’s property sector will have to focus on for the first half of 2012 and possibly beyond.
In its latest analyses of the Abu Dhabi and Dubai markets, TASWEEK confirms that the sector is still sluggish although it still holds vast potential due to the country’s large and sophisticated property infrastructure.

Abu Dhabi
Merger talks among major developers indicate that Abu Dhabi’s real estate business is currently undergoing a market cycle. Although a slowdown exists due to surplus and fluctuating demand, government intervention has helped the capital stave off major unit price declines.
The handing over of around 3000 units in Al Raha Beach and 1,500 units in Al Reem Island has triggered a significant Q1 decline in the residential segment. The villa sector has been witnessing a downslide in particular due to stricter enforcement of laws on sub-division and commercial use.
The commercial sector reports slow business as well, with companies remaining hesitant to relocate or expand. A large portion of new developments and units in the Abu Dhabi market are offices, though.
A good source of current market trends and upcoming opportunities is the annual Cityscape Abu Dhabi property expo, the latest edition of which will run on April 22 to 25, 2012 at the Abu Dhabi National Exhibition Centre. Tasweek is supportive of this and other major industry events which stand to benefit from the company’s comprehensive industry reports and ultimately help draw in more investors to the UAE.

Dubai
The Dubai market is sustaining the fourth straight year of market decline since the emergence of the economic crisis in 2008, albeit to a smaller extent. A silver lining has been the stability of the prices of quality units such as those found in the Dubai Marina and Tecom areas since Q4 2011.
The residential segment remained stable in Q1 2012, with only a few fluctuations in some areas. Some declines were observed in Discovery Gardens due to the large supply of units and the improvement of living conditions with better-quality areas.
Office rates declined minimally by an average of 2 per cent due to low transactional activity in key areas such as Business Bay and the Dubai International Financial Centre,.

At the beginning of 2012, industry analysts and experts predicted prices to bottom out during the first half and slowly rebound during the second. Our research indicates that surplus pressures and fluctuating demand could delay regaining momentum beyond the first half. Economic and social challenges throughout the region and in major markets such as the US and Europe and the Middle East are expected to increase investment interest in the UAE which continues to be a safe and stable business environment, says Masood Al Awar CEO of Tasweek. He also adds that property developers and investors must adjust their expectation and business objective returns for the real estate as steady long term investment and not a short term transactional one.

About Tasweek:
Tasweek, a provider of comprehensive real estate development solutions for the UAE and the broader Middle East, leverages over 20 years of extensive experience in valuations, design, and real estate marketing across the UAE, GCC and MENA regions. The private joint stock company draws on its involvement in managing the properties of over 25,000 customers to ensure enhanced client satisfaction in the delivery of a diverse range of services, throughout all stages of the real estate development's lifecycle.
Through its two core competencies of knowledge and networking, Tasweek is highly capable of introducing clients to the right people, creating vital links between industry movers and players, and developing ideas to successfully bring properties to market.
Posted by Imre Solt at 11:13 AM