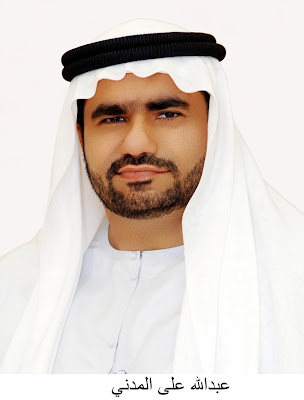 Dubai – Roads & Transport Authority: Roads & Transport Authority (RTA) takes part in Gitex 2009 through exhibiting a host of e-services, hi-tech public bus & metro systems, and Nol cards among other ultra-modern public transport gadgets.
According to the CEO of Corporate Technical Support Services Sector Abdullah Al Madani RTA is set to showcase diverse electronic services in Gitex 2009 targeting both individual & corporate clients. “RTA has about 140 e-services on offer through various electronic channels as well as its portal (www.rta.ae). RTA services have a peculiar nature that makes them somewhat different from other departments’ services as they are educative and informational at the same time. RTA is also preparing quizzes and promotional offers for the public who have benefited from its online services” he said.
“Exhibiting these prime elements in Gitex 2009 aims at introducing the public to the latest technologies and e-services, and illustrates RTA efforts to keep abreast of the latest technological innovations.
“The online services on offer at RTA stand in Gitex include online renewal of driving licenses, and e-registration of vehicles; which were both unleashed by Licensing Agency, in addition to registration & booking of theoretical test and road test appointments. Gitex 2009 will also see the launch of new technologies related to Nol cards; which were offered by the RTA in the context of realizing its vision of providing Safe & Smooth Transport for All across all transport modes. RTA will also offer mParking service enabling motorists to pay parking fees through SMS, Dalili service (dynamic navigation service), and Salik service; all provided by Traffic & Roads Agency.
“Public Transport Agency will also have a package of excellent services on display during Gitex 2009; which includes Wojhati (Journey Planner), Real Time Passenger Information system which displays live information on e-monitors, and Automated Vehicle Management system; which streamlines the operation of bus service and provides inputs required for operating other transport modes. Metro Geographical Information Systems will also be displayed, and the Automated Fare Collection service, both offered by Rail Agency.
“RTA firmly believes that the public is the cornerstone of services development drive and was therefore keen on enhancing the interaction with the public in Gitex 2009 through offering a laptop with all accessories in a daily raffle starting from the second day till the final day of the exhibition, in coordination with Dubai e-Government. Participation in the draw is open for those who used the online services such as the renewal services of driving licenses & vehicle registration, and online payment of parking fines. RTA will also offer one blackberry throughout the days of Gitex under the contest: “RTA ask, You answer”; which comes in the context of the popular “Ask the RTA” initiative run daily in Al Bayan, Emarat Al youm, and Business 24/7 as well as on Noor Dubai and Dubai Eye Radios” concluded Al Madani.