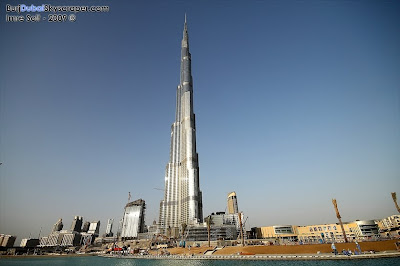 Apartment sales prices for completed projects in the prime Downtown Burj Dubai area have seen the highest quarter-on-quarter increase of 8%, according to the largest property services company in the United Arab Emirates.

However, across the whole of Dubai sale prices for completed apartments and villas have increased only slightly with an average 1% and 3% compared with the second quarter, according to the report. Rental charges have seen minimal change compared with the same period.

Asteco, which carries out comprehensive property market analysis, says Jumeirah Beach Residence has also seen a 5% sales increase as a result of continuous opening of retail units, gyms nearing completion and strong interest in leasing from both Dubai and Abu Dhabi residents.

Asteco CEO Elaine Jones said: “Both Downtown Burj Dubai and Jumeirah Beach Residence are highly desirable, fully established communities, which are exactly what the market is seeking. A completed tower is no longer enough if it is not part of an integrated community with convenient access to schools, hospitals, transport, leisure and entertainment facilities. In terms of villa communities, The Springs and Arabian Ranches are faring well for the same reasons.”

Asteco reports that transactions and enquiries have picked up in line with mortgage availability. Demand is predominantly for smaller units such as studios and one bedroom apartments, or two and three bedroom villas or townhouses.

“It should be noted, however, that the increased interest in completed communities has resulted in landlords inflating their prices,” the report adds. “In addition, the option to lease these units is making price negotiations less flexible as the need to sell to generate income is lower.”

In the Dubai apartment and villa rental market, Asteco reports that “increased interest and rumours of economic recovery have caused some landlords to raise their rents. But many of these units remain empty for several months due to a significant amount of supply and increased competition.”

Overall, however, apartment and villa rental rates have seen minimal changes of in the third quarter of minus 3% and 0% respectively, according to the report. Currently, average rental rates for studio apartments are AED45,000 while one, two and three bedroom apartments command AED76,000, AED103,000 and AED139,000 respectively.

Rates for studios and one bedroom apartments are beginning to stabilise, whereas there is still room for further drops for larger units, says the report. Villas and townhouses are available on average for AED117,500 for two bedrooms, AED180,500 for three, AED227,500 for four and AED278,500 for five bedroom units respectively. Asteco says the majority of inquiries are for Jumeirah and Umm Suqeim where tenants are looking for three-bedroom units between AED150,000 and AED180,000.

Communities alongside Sheikh Zayed Road are the preferred choice, whereas developments around Emirates Road suffer from the location disadvantage, the report adds. “However, this is likely to change next year with the opening of Al Maktoum International Airport, the biggest airport in the world.”

Asteco reports a noticeable increase in activity in the leasing market prompting tenants to get better value for their money, either by decreased rents, increased property size, better quality specifications, better amenities and accessibility. “Despite the Real Estate Regulatory Agency’s attempts to provide a rental index earlier this year, it is these influences which are truly driving current rental market activity,” the report added.