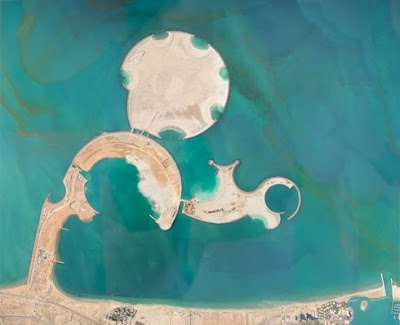 July 2, 2009
Rakeen, one of the region's most dynamic property developers and master planners, announced that it is all set to commence in August this year Phase Two of the infrastructure work on Al Marjan Island, the first-of-its-kind man-made island in Ras Al Khaimah, after awarding the contract to Rizzani. Rakeen further revealed that Phase Two of infrastructural work, which will be completed in 18 months, will cover Island 3 and Island 4 of Al Marjan and will cost AED 365 million.

The infrastructure work will cover facilities for electricity, water, drainage, telecommunications, soft and hard landscaping, channel crossings, street lighting and fire fighting installations. Phase One of the infrastructure work, which covers the Peninsula, Island 1 and Island 2, was started in July 2008 and is expected to be completed in June 2010 at a cost of AED 366 million.

Herbert Krause, Director of Development, Rakeen, said, “This project means a lot to everyone at Rakeen and in Ras Al Khaimah, as it is pioneering in so many ways: building technology, environment and marine ecology, tourism and hospitality, residential exclusivity, leisure and sports facilities, and also because it enhances the skyline and the international image of the emirate.”

Al Marjan Island is a pioneering development project that effectively extends the emirate's coastline by an additional 21 kilometres. Reaching some 4.5 kilometres into the sea, Al Marjan Island will feature a range of residential developments, hotels, resorts, recreational facilities and commercial and retail amenities.
Posted by Imre Solt at 12:24 AM