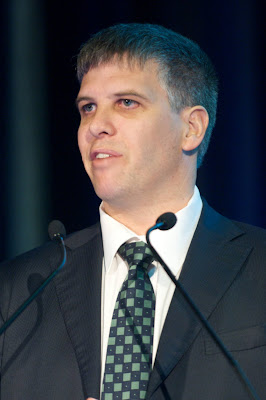 Dubai, 28 July 2009: Despite the global slowdown, the UAE continues to be one of the most active construction markets in the world with more than 750 active projects in construction and 450 recently completed, according to a new report* by Dubai-based research house Proleads Global.

Although more than 400 projects with a total value in excess of $300 billion have been placed on hold or cancelled, (the rest either in study, planning, design or bidding), the report forecasts stability returning to the sector this year with some recovery in cash flow in 2010.

The study identifies a slowdown in new projects in the commercial and retail; education and healthcare projects being placed on hold more often than in the past; a slowdown in leisure and entertainment and an increasing rate of cancellations in the residential sector.

The Insights study provides statistics to back the anecdotal evidence of the impact of the slowdown. Insights United Arab Emirates: An Investigation into the Current and Future State of the Civil Building Construction Industry examines more than 1,900 projects with a total budget of more than $1 trillion.

The results of the most recent and detailed study of its type reflects the continuing impact of the economic crisis on the UAE construction market, including:

• A marked downward trend beginning in mid-2008 in the rate at which new projects are announced.

• A dramatic increase in the rate at which projects are cancelled since early 2009.

• An increase in the rate at which projects are placed on hold as well as the size between late 2008 and early 2009.

• Multiple projects in several sectors scheduled for completion up to 2011, with most in 2010.
Emil Rademeyer, Director of Proleads Global, said the aim of the study is to quantify the UAE civil construction market as accurately as possible, rather than simply relying on anecdotal evidence.

“It is vital to know how fast and by how much the industry is changing, not just for the industry and its suppliers but also for planners, governments and financial institutions,” he added. “Projects are always put on hold even during boom times but it is the rate at which it occurs that enables us to forecast when we might see an upswing.

“From our cash flow projections for the industry, we see the UAE construction market beginning to stabilise at current levels and showing some signs of recovery during 2010.”

* Insights United Arab Emirates: An Investigation into the Current and Future State of the Civil Building Construction Industry, is published by Proleads Global, price US$390. For further information, please visit www.projectsandleads.com

“We see the market beginning to stabilise at current levels and showing some signs of recovery during 2010,” says Emil Rademeyer, Director of Proleads Global

About Proleads
Based in Dubai, United Arab Emirates, Proleads focuses on construction markets across 19 countries in the Middle East, North Africa and Asia. The Proleads online database contains over 8,000 active projects with a total value of more than US$6 trillion containing details of scope of work, ownership, budgets, schedules, companies involved, contact details along with the latest update of projects. A company profile for each project is available with senior management structures and project analysis. Proleads estimates the accuracy of its data at 90%.