Dubai, 16 April 2014. Crystal Lagoons Corp., the patented technology developer of giant crystalline lagoons, is boosting the profile of its growing portfolio of Middle East projects with eight new developments being added and the operational launch of an initial phase at its Meydan mega lagoons project.

The company already holds two Guinness World Records’ titles with successful locations at San Alfonso del Mar, Chile and Sharm El Sheik, Egypt, which is currently the world’s largest lagoon at 12 hectares. Its global portfolio of 300 projects located in 60 countries now includes a total of eight operational or under development sites in the Middle East, including Jordan, Egypt, Saudi Arabia, Oman and the UAE.

“With ongoing investment into tourism infrastructure in key markets across the region from Oman to Saudi Arabia, and a positive economic outlook for a number of GCC nations specifically, this really is an exciting time to be at the forefront of leisure development in the Middle East.
In bringing this kind of revolutionary technology to the market, we are supporting key tourism players and government bodies in further positioning the region as a hub for unique quality-driven
leisure experiences,” Kevin P Morgan, CEO, Crystal Lagoons.

The new projects will include the Radmis Egypt lagoon, the second development for the country in Egypt, the first being the company’s largest in the Middle East (Sharm El Sheikh Lagoon which is 12 hectares).

“Our CityStars Sharm El Sheikh lagoon was a first for the region, and allowed us to effectively showcase our patented technology to developers across the Middle East. Building on the success of our inaugural Egypt lagoon, we are now developing a second one for Sharm El Sheikh –Radamis Lagoon - which will be the glittering turquoise centerpiece for this three-property, 2500-room mixed-use development,” said Morgan.

The company will also be venturing into the Kingdom of Saudi Arabia for the first time, with two major developments under construction, both lagoons will be located in Jeddah.

Crystal Lagoons’ portfolio of regional projects also includes the completed 4.29-hectare Dead Sea Lagoon in Jordan, a project developed in partnership with Turath for Tourism & Real Estate Projects, and the under development four hectare lagoon located within the new Barka Resort in Oman. The Alargan-developed resort is situated 50 kilometres west of the capital, Muscat, and the lagoon is set to become the focal point of the community, which will also offer three hotels, serviced apartments, villas, townhouses, apartments and a souk.
Part of the high profile District 1 community at the upcoming Mohammed Bin Rashid City development, the initial phase has been completed as part of a mega lagoon project covering a total area of 40 hectares.

A joint venture between Meydan Group and Sobha Developers, Ltd, a leading Indian real estate developer, phase one also includes a housing project with nine test homes which, together with the lagoon, are a ‘showroom’ for the development, which will eventually include residential areas, hotels and commercial opportunities.  The next phases of the lagoon project are set to be approximately 8 hectares and be delivered in 2016, with an additional 9 hectares completed by 2017.

“The initial phase of the lagoon at Meydan is just the precursor to what will ultimately be the worlds largest connected crystalline lagoon when all 40 hectares are transformed into an aquatic playground for watersports, poolside relaxation and family fun. And our pioneering concept and state-of-the-art technology allows for the cost-effective construction and operations of lagoons of any size and in any location - whether it's the middle of a harsh desert environment or up in the remotest mountain community,” added Morgan.

The only global company with the technological capability to make the development of giant controlled manmade bodies of water economically viable, Crystal Lagoons is positioning itself as offering a unique product differentiator to high profile tourism projects around the world.

Its technology makes it possible for people to enjoy an authentic beach experience in previously unimaginable locations, such as the desert or in the centre of major cities, with the potential to add economic value to new tourism destinations.

Designed to be self-cleaning, the lagoons use up to 100 times less chemicals than traditional systems, and only two per cent of the energy required by conventional filtering technologies, making them incredibly sustainable.

ABOUT CRYSTAL LAGOONS
Crystal Lagoons Corporation is an international innovation company that has developed and patented technology that allows for the low-cost construction and maintenance of unlimited size bodies of water in crystal-clear condition. Patented in 160 countries, Crystal Lagoons’ technology applications range widely from its recreational business, which brings the dream of idyllic beach life to any corner of the world, to its industrial variations in closed-circuit cooling, water desalination and applications for the mining industry. In less than three years since its formation, Crystal Lagoons Corporation has seen exponential growth and is currently involved in over 200 projects in more than 50 countries, including Egypt, Jordan, United Arab Emirates, Saudi Arabia, Indonesia, Singapore, Colombia, Brazil, Argentina, Peru, Paraguay and United States.
Posted by Imre Solt at 4:39 PM 1 comment: 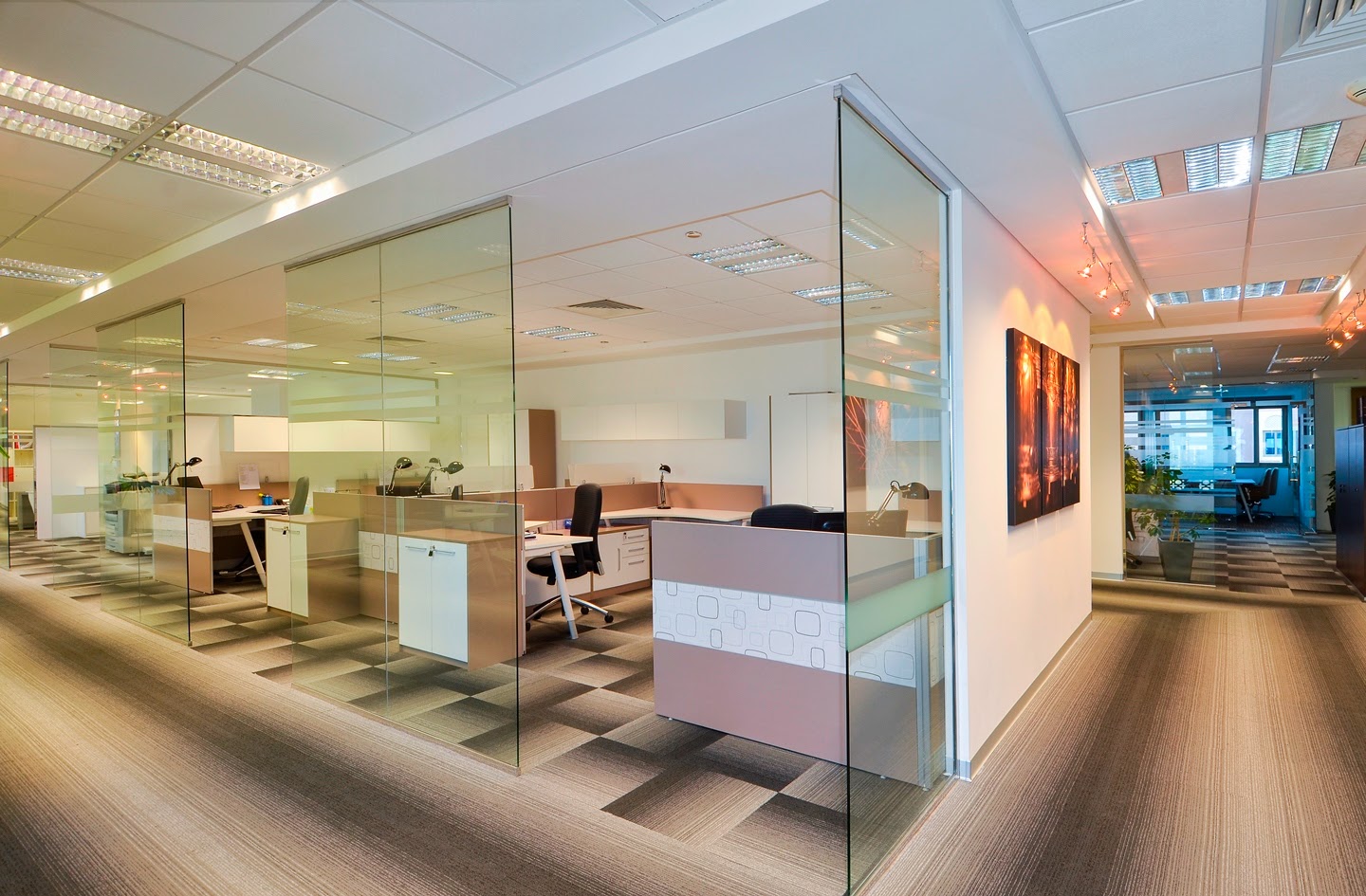 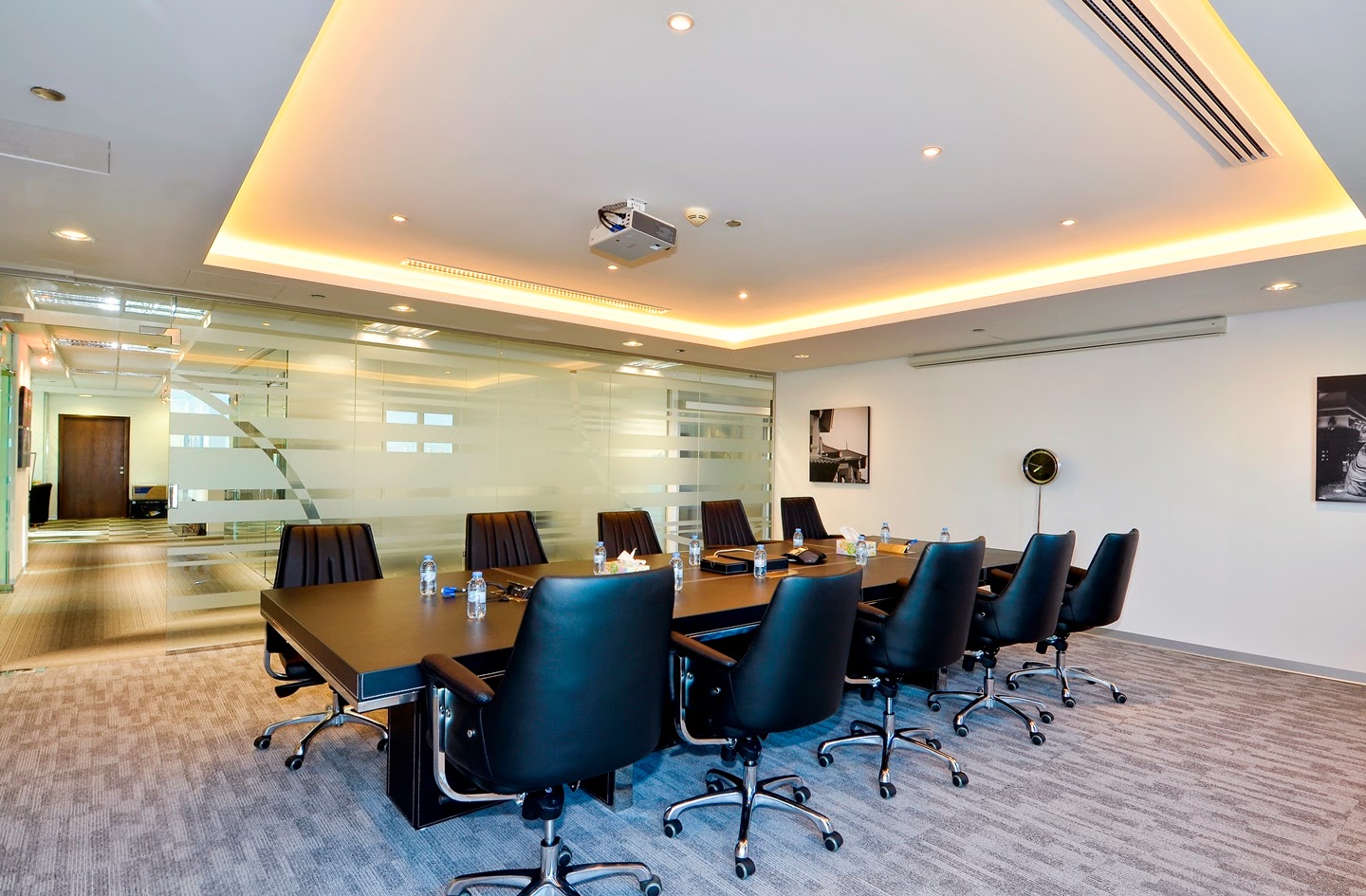 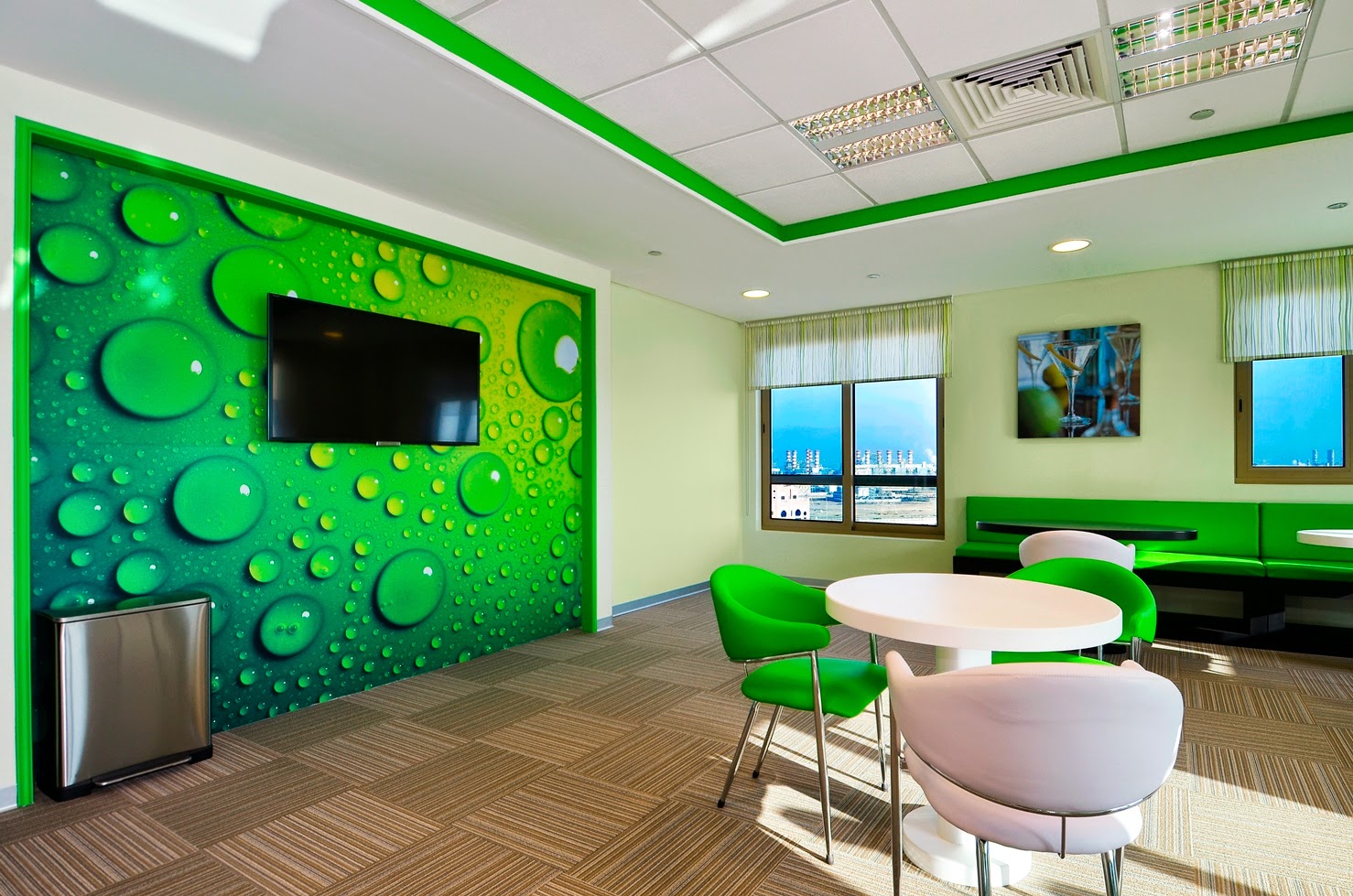 “Besides showcasing our potential our office space holds to our partners, clients and other visitors, the location is now key. In the wake of Dubai’s successful Expo 2020 bid and the proposed site, between Dubai Investment Park and Dubai World Central (DWC), office space will be at a premium in what you could say is the new, ‘New Dubai’. Ibn Battuta Gate is literally just 15 minutes away by car and of course we have a dedicated Metro station, which will obviously link to the proposed rail extension towards DWC,” said Abdulla Bin Sulayem, CEO, Seven Tides.

Seven Tides’ new HQ covers approximately 10,000 square feet on the top floor, of the eleven-storey building. It will accommodate Seven Tides’ forty strong management team and comes complete with a multi-purpose ‘comfy’ staff lounge, to promote spontaneous, informal interaction between employees – it will also be used as a place for ‘blue sky’ thinking, enhanced by the relaxed environment.

Other features of the open-plan style office, which comes complete with glass partitions, to enhance the natural daylight, include an aquarium – the result of a staff survey which revealed that they valued the merits of a water feature and a lime green inspired staff café. All of the staff were encouraged to offer their design ideas and were heavily involved in the layout and choice of fixtures and fittings to stimulate the overall atmosphere and mood.

“We also have ample free parking and we are next to Ibn Battuta shopping mall, a multi-screen cinema and the five-star Ibn Battuta Gate Hotel, which is ideal for corporate entertainment and accommodating overseas visitors, with residential apartments available for longer staying guests or indeed members of staff.

“As the DWC and Expo 2020 related projects are awarded, it will undoubtedly create demand for quality office space, conveniently located with a wealth of entertainment venues on hand,” he added.

Based in Dubai, the United Arab Emirates, privately owned Seven Tides was established in 2004. A hospitality and real estate company, Seven Tides thinks progressively, works creatively, partners strategically and acts quickly. The result is a current portfolio of offerings from landmark hospitality acquisitions and commercial buildings to residential towers and multi-use complexes in the gateway cities of London and Dubai.
Posted by Imre Solt at 12:20 PM 2 comments: 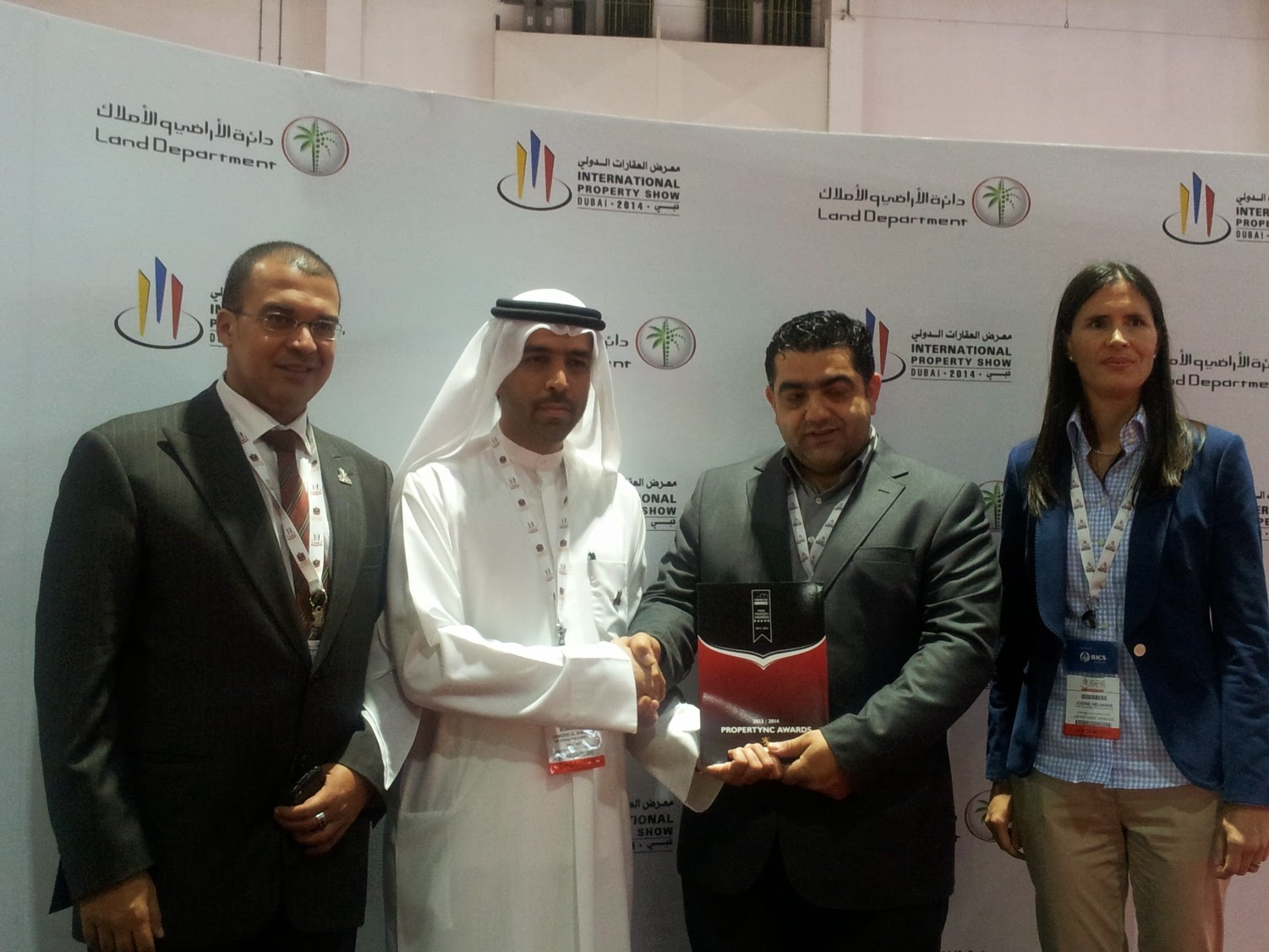 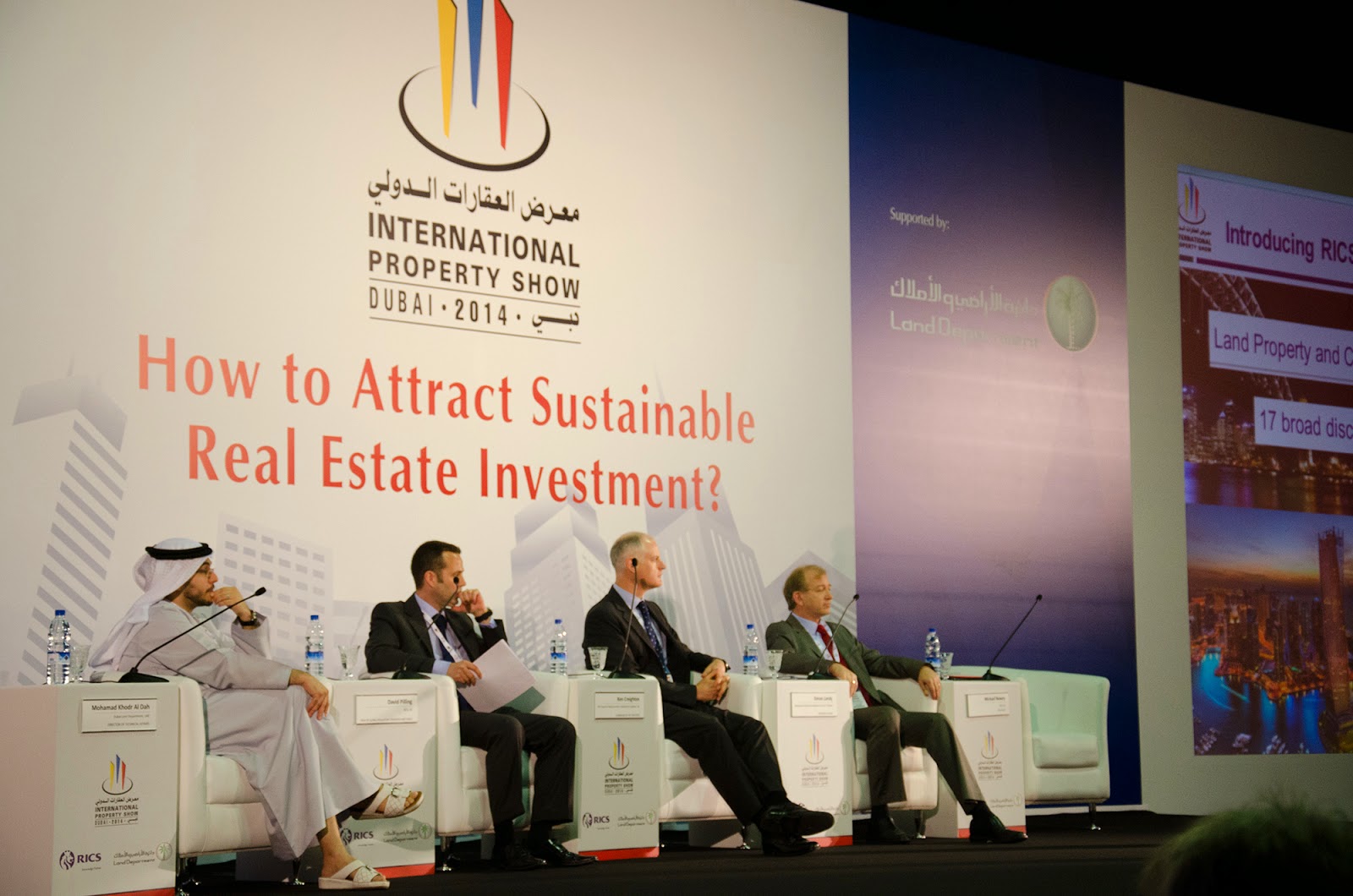 The IPS, organized by Strategic Marketing and Exhibitions at the Dubai International Convention and Exhibition Center, took place in conjunction with the Annual Investment Meeting, which was held under the patronage of His Highness Sheikh Mohammed bin Rashid Al Maktoum, UAE Vice President and Prime Minister and Ruler of Dubai.
The organizing committee of IPS said that developers and exhibitors had confirmed their participation in next year’s edition which is expected to be the largest edition of the show in accordance with the economic boom of the real estate sector in the UAE.

Dawood Al Shezawi, CEO of Strategic Marketing and Exhibitions, the organizer of the show, said “Being the only retail show for properties in at the Dubai International Convention and Exhibition Centre (DICEX), the high turnout was of no surprise to us. The success of the show and the participation of leading developers and other firms working in the sector confirmed the buoyancy of the property sector in the UAE.”
The exhibition shed light on the sustainability practices in the real estate sector.
On the third day of the show, The “International Property Industry Awards” were launched. Al Shezawi said: “These awards will be open to residential and commercial property professionals from around the world, aiming to attain the highest levels of achievement by companies operating in all sectors of the property and real estate industry.”
An ‘International Property İndustry Award’ will represent the pinnacle of excellence in the construction and property sector in the whole world. Exceptional projects will be awarded in all sectors of the industry.
The purpose of the awards would be to raise the standards in the sector and increase the economy of the developing countries by motivating the contestants to aim for the highest standards in the industry.

The ‘International Property Industry Awards’ would be divided into regions to cover Europe, Asia pacific ,Africa, Asia Pacific, Arabia, Mediterranean ,Canada, Caribbean, Central & South America, Europe, UK .
Participants will enter from their own region and would be judged accordingly.

The jury panel will be selected internationally. Judging will be carried out through a meticulous process involving a panel of over 50 experts covering every aspect of the property industry.