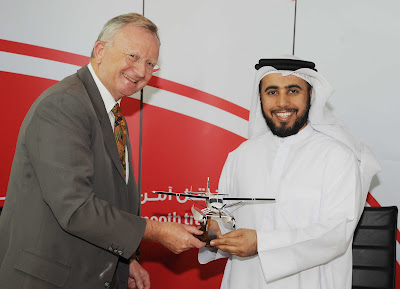 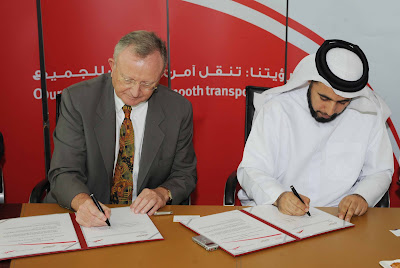 Roads & Transport Authority – Nashwan Attaa’ee:
The Public Transport Agency, Road and Transport Authority, is in constant pursuit of expanding the scope of its marine transit services towards setting up strategic partnerships with the tourism sector in Dubai, particularly as the Agency is operating distinct and high-quality marine transit modes such as Ferry Dubai, Water Taxi and Water Bus, in a bid to promote this vital sector, which is one of the non-oil sources of economic and commercial activities in the UAE in general and Dubai in particular.

In this context, RTA Public Transport Agency has recently signed at its Head Office, a strategic agreement in a form Memorandum of Understanding (MoU) with Seawings LLC; one of the largest international seaplane tour operator in the UAE and specialized in light tour planes that take tourists of Dubai to entertain passengers in a aerial excursions to have aerial sightseeing of Dubai iconic landmarks.
The Agreement was signed on behalf of the Public Transport Agency by the CEO Eisa Abdul Rahman Al Dosari, and on behalf of the Seawings LLC by its CEO Mr. Stuart Wheeler, in the presence of several directors, managers of Public Transport Agency, in addition to other staff of the Co.

"This Agreement is an initial step to link the Agency’s marine transport modes; comprising world-class tourist marine transit modes, with Seawings’ floatplanes which can land/take off from water surface. This so-called "mating" between the two sectors undoubtedly marks the beginning of aerial-sea tour services, which will significantly boost Dubai's tourist profile in the region and the world over," said Al Dosari.

He added: "This step manifests a new approach recently initiated by the RTA to increase and diversify its sources of income as this MoU constitutes a part of the investment plan developed by the Agency for the year 2011 that provides for augmenting its revenues, besides enhancing the level of services rendered by the Agency to various community segments.

"By signing this MoU, the Public Transport Agency is seeking to hit a key multiple objectives such as expanding the Water Taxi stations by adding a new station without being involved in additional costs, and initiating a joint effort to improve the performance of marine transport services, especially the Water Taxi by attracting the visitors of the Dubai Creek Golf and Yacht Club’s restaurant as well as hotels guests to use the Dubai Creek station. The Agreement also opens up potentials for cooperating in advertising and marketing of marine transit services, particularly noting that the Water Taxi will be profiled on Seawings’ brochure, which comprises a map of Dubai Emirate along with a visual presentation of the Water Taxi on displayed in an LCD screen at Seawings office at the Jebel Ali Golf Resort and Spa. The company will also promote the Water Taxi service as part of its promotional campaigns,” added Al Dosari.

For his part, Mr. Stuart Wheeler, CEO of Seawings LLC, welcomed the Agreement describing it as a vital and positive step towards expanding and developing the aerial-marine tours network in the Emirate of Dubai to cover a wide spectrum of tourists and visitors coming to Dubai from all over the globe to spend moments that lingers in the memory for many years to come.

"We, as a Tour Operator in Dubai, are proud to sign this Agreement with the RTA, which will pave the way for the implementation of this strategic initiative, and effectively contribute to expanding and uplifting several aspects of the tourist sector in a way that promotes the standing of the Emirate of Dubai as a leading regional hub for economic, commercial and tourism services. It will also enhance our profile as a leading Tour Operator in the region, thanks to the good reputation of the RTA manifested in an array of mass transit and supporting infrastructure projects," said Wheeler in a final remark.
Posted by Imre Solt at 4:31 PM