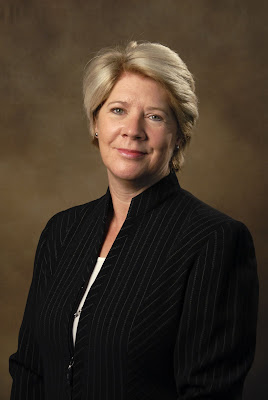 As the supply of additional office and apartment buildings continues unabated in Dubai, the highly competitive property leasing rates are now being dictated by a new market dynamic.

Location, or specifically close proximity to a Dubai Metro station is now becoming a priority for many tenants, who are prepared to pay up to 20% extra for the privilege, says Asteco, the largest property services company in the United Arab Emirates.

“The Dubai Metro has added a whole new market dynamic and as the network is rolled out across the Emirate, the rental disparity will become even more pronounced than it is already,” said Asteco CEO Elaine Jones.

Evidence from many international markets consistently reveals that land and property values and ultimately rentals, within the vicinity of stations linked to metro lines increases significantly. According to figures from HotProperty.co.uk, homes in central London within five-minutes walking distance of a tube station are up to 21% more expensive than those of similar properties further away.

However, what is interesting is that the increases do not occur usually until after the stations physically open, not when the line is announced or under construction.

“This would give savvy investors and tenants an opportunity to keep one step ahead of the market,” added Jones.

Properties surrounding the currently operational metro stations are in higher demand attracting higher rental rates. For example a two-bedroom apartment within walking distance of the Mall of The Emirates metro station will lease for between AED60,000 to AED65,000 per annum compared to properties only a couple of kilometers away which lease for AED50,000 to AED55,000.

More up market properties are showing a similar trend, where a two bedroom apartment near the DIFC and Emirates Towers metro stations will cost anywhere between AED110,000 to AED130,000 annually and the same property further away will cost AED90,000 to AED100,000 a year.

Further afield, a property in Deira within walking distance to the metro will now command an annual rental rate of AED 50,000 whereas a similar property further away can be leased for as little as AED40,000.

“This is a perfect example of market maturity,” said Jones. “Certain property fundamentals remain consistent and location is of primary importance.

With the opening of the Dubai Metro Green Line next month, on September 9, it will have a further 18 stations over 23 kilometres and cover some of the emirate's busiest tourist segments along the Creek, crowded residential areas, business districts and ministry offices.

Property prices are no longer based on its geographical location alone, now a property in Bur Dubai or Deira with immediate access to a metro station can cost similar rates to a property in Jumeirah Lake Tower’s or Business Bay without metro access.

‘Ibn Battuta Gate is a good example of a ‘Metro community’. It has all of the necessary amenities, shopping mall, medical centre, schools, residential area, offices and even a five-star hotel. Added to that is direct access to 30 stations from Al Barsha to Bur Dubai, Al Rashidiya, Deira and Al Qusais,” said Jones.

“To the same degree, it must also be favourable for companies, to be close to metro stations. The benefits of cost and convenience, would be considerable for low and middle income workers,” added Jones.