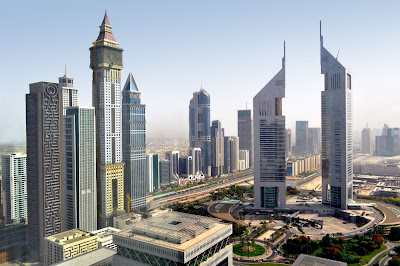 Quality residential developments in Dubai bounced back during Q2 2012 after a stable first quarter, with average rent increases of 6% for apartments and 9% for villas. Sales prices recorded double-digit increases in three developments, with rises of 6-8% elsewhere, according to the latest H1 2012 report from leading UAE property management company, Asteco.

“After three years of declining rates and limited sales activity, the real estate market is on the way to recovery, with established quality communities showing increases in values and higher transaction volumes,” said Elaine Jones, CEO at Asteco.

Rental rates for apartments were relatively stable through Q1 with minor declines in low quality/ poorly managed buildings in certain areas. Towards the end of H1 2012 rates in established quality communities achieved average increases of 6%.
Apartments in Dubai Marina and Downtown Dubai were the most sought after witnessing a 10% increase, with a two-bedroom apartment fetching between AED90,000 and AED120,000 per annum.

“Tenants are relocating in search of value-for-money, one- and two-bedroom apartments as well as three- and four-bedroom villas are the preferred unit types. In terms of rates, quality well managed developments, will continue to set the pace,” commented Elaine Jones.

Leasing rates for villas followed a similar trend, stable throughout Q1 2012 with an average increase of 9% through the latter part of Q2 2012. Mirdiff showed the largest increase with rent for a three-bedroom house increasing to AED90,000 per annum a 13% jump from Q1 2012. Double-digit (11%) growth was also recorded in Arabian Ranches, with a three-bedroom villa now costing AED140,000 per annum.

On the sales front, prices for one-, two- and three-bedroom apartments in Downtown Dubai, Dubai Marina, and Palm Jumeirah retained their popularity and witnessed price increases of 9%, 8% and 8% respectively during H1 2012. Apartment prices elsewhere in Dubai remained relatively stable, with apartments in JBR seeing a 3% increase.
Sales price increases for villas were dominated by Arabian Ranchers (16% price increase), The Springs (14% price increase) and Jumeirah Islands (11% increase). For all other developments in the report, prices increased by 6% to 8% with the exception of Jumeirah Village where prices were stable. Prices per square metre now vary substantially highlighting the contrast in quality, facilities and infrastructure.

Villas on the Palm Jumeirah are now the most expensive in Dubai at AED17,200 per square metre, followed by Jumeirah Islands and the Meadows priced at AED10,750 and AED10,250 respectively. The lowest prices can be found in Jumeirah Village at AED5,400 per square metre.

“Looking ahead to the 2012 year end, sales prices will continue to rise for quality developments, especially villas. The number of owner-occupiers rose steadily in line with improved financed options offered by banks, which we expect to continue. Further demand will also be evident from overseas buyers escaping economic woes in the Eurozone and political instability in other parts of the region,” said Elaine Jones.

It was a different picture for commercial space which, despite an increase in leasing enquiries in H1 2012 as the regional situation improved, creating renewed interest in Dubai as a hub for business, was hampered by oversupply and tenant-dictated contract terms. Rental rates declined 6% to 8% in areas such as Tecom, Bur Dubai and Business Bay. However, rates still vary between AED2,370 per square metre per annum in DIFC and AED430 per square metre per annum in Dubai Investment park.

“In terms of commercial sales, 2012 started off with minimal transactions for small units although Asteco has seen some purchases from local and international firms that have been successful in Dubai in the medium term, and sales prices have remained relatively stable as more supply entered the market,” said Jones.

Some demand has been seen for 100 to 400 square metre units in Business Bay, JLT and DIFC but investment in the office market is likely to remain flat throughout H2 2012, according to Asteco. Average rates vary between AED18,300 per square metre in DIFC to AED5,400 per square metre in Dubai Silicon Oasis.
For more details, please visit www.asteco.com
Posted by Imre Solt at 2:16 PM