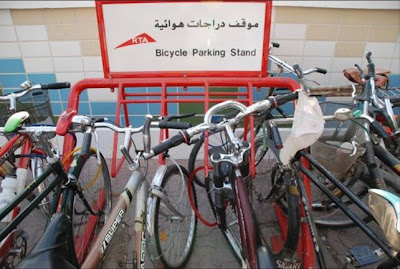 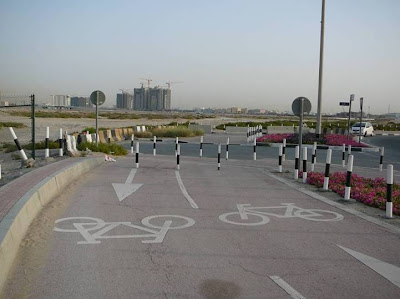 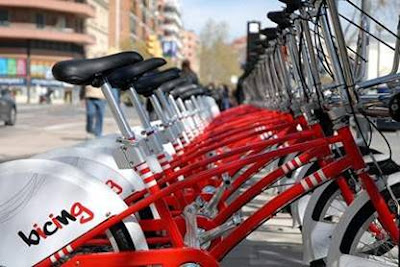 The step aims to minimize the environmental pollution, curb disorderly parking of bikes across the city

The Roads & Transport Authority (RTA) in Dubai has set 100 locations for parking bikes in key areas across the Emirate with the aim of inducing an additional mobility means in a well rehearsed approach intended to minimize the reliance on private vehicles in traveling, particularly for short distances.

Commenting on this move the Director of Strategic Planning, RTA Strategy & Corporate Governance Sector Nasir Abu Shehab said: “RTA intended to provide parking spaces for bicycles near all the metro stations in a bid to enhance the integration of the Dubai Metro with other transit modes in the Emirate. In an advanced phase of the Project, all the metro stations will be integrated with the dedicated cycling tracks.”
Abu Shehab continued: “All areas served by the cycling tracks will be fitted with bike stands including key areas such as the Gold Souk, abra marinas, Al Shindagha area, Al Fuhaidi Museum and Al Bastakiya area. RTA plan also includes setting bike racks at other prime locations such as malls, recreational clubs, schools, colleges, and hospitals as well as public & private entities.

“The provision of cycle stands is a vital requirement that has to be addressed on the ground in an effort to eliminate haphazard parking of bikes at unsuitable locations such as tying them to lighting poles, traffic signals and trees; a practice which inflicts damage to public properties, blocks visibility of motorists & road users, occupies walkways & obstructs pedestrian movement and distorts the general appearance of the area, particularly the tourist destinations.

“RTA has finalized studies encompassing the construction of cycling tracks with an overall length of about 900 km under 5 phases scheduled for completion by 2020. The trial run of the Project has started in some key spots in Dubai such as the streets of Jumeirah, Dubai Academic City, Nad El Sheba and Al Mankhool in addition to the Creek Corniche. Work has been completed in the construction of cycling tracks at Jumeirah Street in a sector extending 12 km and the work in other phases will proceed according to plan in order to complete the tracks under the trial phase extending 32 km.

“The following stage of the Project will see the completion of the initial phase comprising cycling tracks extending 122 km in key Dubai streets. Emphasis will be placed to prioritizing the completion of the project in densely populated areas, especially those populated by cyclists or bustling with activities & public amenities with the aim of easing the transit of cyclists to the metro stations.

“The project involves diversification of transit modes particularly towards advocating the use of environment-friendly means. It also provides a safe environment for cyclists and improves the health aspects of Dubai residents through encouraging them to use bikes and accordingly minimize the air pollution through reducing the use of vehicles,“ said the Director of Strategic Planning, RTA Strategy & Corporate Governance Sector.

He further commented: “The cycling tracks encompass three different designs dictated by the nature of streets in terms of traffic volumes, vehicular speed, internal roads, express tie roads and low traffic volumes. Though cycling tracks will share the existing roads, they will be demarcated with clear markings and the higher the speed and traffic flow, the wider will be the cycling tracks.”

As regards the main roads with high driving speed and traffic volumes, Nasir Abu Shehab reported that the width of the cycling track would range from 1.5 meter to 4 meters maximum. “The cycling tracks will be painted in a distinctive colour and fitted with reflective ground markings replicating the shape of the bike such that they will be recognizable and visible at all times. Moreover, the tracks will be equipped with directional and traffic signage illustrating the exclusivity of using these tracks by cycles” added Abu Shehab in a final comment.
Posted by Imre Solt at 12:05 PM