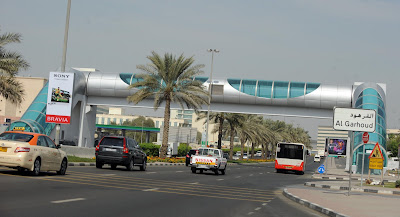 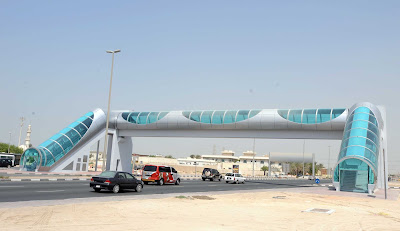 Al Tayer: The number of footbridges will inch up from 74 to 87

In a meeting held under the chairmanship of H.E. Mattar Al Tayer, Chairman of the Board and Executive Director of the Roads & Transport Authority (RTA), the RTA Board of Directors has recently awarded a contract for designing & constructing 13 footbridges at various locations in Dubai at a total cost of 45 million dirham to be completed within 8 months. The step will raise the number of pedestrian overpasses from the 74 to 87 footbridges, including the 34 footbridges of the metro stations comprising 23 footbridges on the Red Line and 11 footbridges on the Green Line.

"The construction of footbridges marks RTA's efforts to provide safe transit means for pedestrians crossing streets, and the new footbridges will be constructed at a number of locations in the light of traffic studies focusing on several parameters including the intensity of people movement between the two sides of roads, availability of markets & establishments, and spots witnessing high proportions of run-over accidents (black points)," explained Al Tayer.

It also attended to the provision of all the requisite services at the Metro stations such as pick-up & drop off points of passengers of taxis, private vehicles and public buses. Efforts made by the RTA, in collaboration with the General Headquarter of Dubai Police, have contributed to boosting the traffic safety on roads as illustrated in traffic fatalities slipping from 145 cases in 2007 to 78 cases in 2009 and the downward trend continued to hit 43 cases in 2010 and the same number was recorded last year," elaborated Al Tayer.

Concluding his statement, Al Tayer called upon pedestrians to use their dedicated bridges, and exhorted motorists to comply with the speed limits in place, and slow down at pedestrian crossings for their own safety and the safety of road users as well. Captions:  Footbridges contributing to minimizing run-over fatalities  13 new pedestrian overpasses
Posted by Imre Solt at 1:11 PM