RTA: 50 million trips for taxis during the first half of 2013 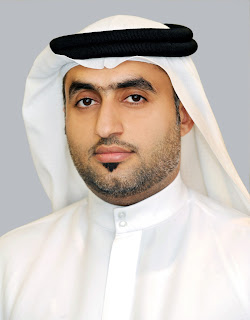 RTA: 50 million trips for taxis during the first half of 2013

This number reflects the workload done by institutions and departments of Roads and Transport Authority (RTA) in the transport service in the Emirate of Dubai, in order to preserve the cultural image of Dubai as a tourist and economic interface that attracts millions of visitors and can accommodate millions of citizens and residents.

Movement of taxis is monitored in the Emirate of Dubai by smart technical system called D8, where the system provides accurate data to determine the number of trips completed in addition to all the operations carried out by taxis.

The D8 is the system used in the management of the reservation and distribution of taxis in the Emirate of Dubai, where the Roads and Transport Authority is keen to provide services and support to the public around the clock, so the provision of data and statistics is essential to measure the volume of work and to provide better services.

The Reservation and Distribution Center of the Department of Transport Systems at the Public Transport Agency, is one of the centers which provides many important services for the users of taxis in the Emirate of Dubai.

Mr. Adel Shakri, Director of Transport Systems at the RTA Public Transport Agency stated that the Reservation and Distribution Center plays a pivotal role in serving a wide sector of the public regarding the variety of services and covering it to include all segments of society, as well as the volume of work that deals with the center, which reached during the first half of this year, 2 million, 206 thousand and 717 outlet booking at an average of 367 thousand and 786 booking monthly.

He pointed out that the Reservation and Distribution Center is responsible for coordinating the booking services of taxis in the Emirate of Dubai, where it works on the distribution of reservations of taxis on the five companies responsible for the operation of taxis, namely, (Dubai Taxi / CARS Taxi / Taxi Arabiyah / National Taxi / Metro Taxi), the Center receives public calls throughout the day, and through the technically developed system that locates the addresses and locations of the Emirate of Dubai meticulously, and clients reservations are performed instantly and precisely, pointing out that there are other many other communication channels as well as telephone, which able to book taxis using Smartphone applications, and customized website for hotels and registered public places, and text messages to the taxis parking in most public places and areas of the Emirate.

He added: the Center also provides its permanent customers the IVR calls, where the caller can book and determine the time and address and type of service by following the instructions of the recorded voice message, and other services that cover the needs of all segments of society; such as reserving taxis for people with special needs and vehicles for ladies and family taxis and vehicles containing seats for children, as well as the role of Reservation and Distribution Center in the provision of taxis for events held in the Emirate of Dubai and contribute to the service of the public during festivals and celebrations as is the case at airports and ports.

Shakri concluded: The staff of the Reservation and Distribution Center works according to organized mechanism and ambitious vision aims to achieve customer satisfaction and provide excellent services to all segments of society using the latest technical methods and smart means, according to the directives of Dubai government that support in making a smart breakthrough in government services not only to keep pace with the era, but in order to precede it.