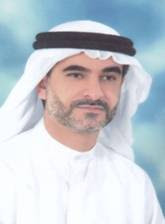 The service is open for use by organizations and individuals, aims to support economic activity

Dubai – United Arab Emirates: The Roads & Transport Authority (RTA) has signed a contract with DHL, a giant global provider of postal services, whereby the company will provide postal services including parcels and documents through the post system known as Packstations at the Dubai Metro stations, thus making Dubai the first city in the region and second worldwide, after Germany, to introduce this type of postal services.

RTA will allocate spaces at the Dubai Metro Stations to install DHL’s parcels and documents postal system initially at Khalid bin Al Waleed station and Deira City Center station and the service is set to cover other metro stations later on, according to Adnan Al Hamadi, CEO of RTA Rail Agency.

“RTA has signed a one-year contract, renewable, with DHL in June and the system will start tentative operation in mid July such that these postal units will be fully operational next September. This service, which is the first of its kind in the region, enables Dubai Metro commuters to send and receive their parcels through the self-operated machines fixed at the Dubai Metro stations,” added Al Hamadi.

The CEO of Rail Agency continued: “This Agreement comes in the context of RTA assiduous efforts to upgrade its services, stimulate the economic sector in the Emirate, and make the metro, which is one of the most successful mass transit modes in the region, more attractive to the residents and visitors of Dubai Emirate through providing passengers with the services needed during their metro travel. Moreover, this service reflects RTA attention to build sound & sustained strategic partnership with the private sector in the Emirate”.

These postal units, which will be functioning 24-hours a day, are self-operated and the users are required to sign up for the service free of charge to obtain e-cards enabling them to benefit from the service. This sort of machines is currently available in more than 300 German cities, where DHL is deploying more 1500 postal units.
Posted by Imre Solt at 6:33 PM