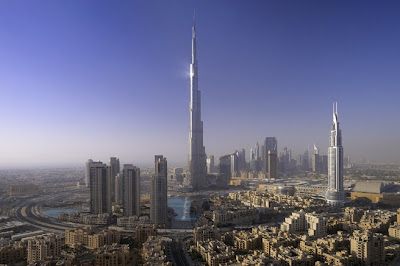 This corresponds to a 122 per cent growth over the half-year 2009 results, underscoring the effectiveness of Emaar’s strategy to focus on its core competency of value creation by building premium real estate master-developments in key geographic markets.

The highlight of second quarter 2010 was the opening of the world’s first Armani Hotel in Burj Khalifa, the world’s tallest building. In addition, the handover of units in Burj Khalifa started during the quarter with approximately 24 per cent handed over until June end.

In the process of implementing the strategy of concentrating on its core business, Emaar transferred the Hamptons International business in the UK, Europe and Asia to Countrywide at a consideration, which was similar to the purchase value of the business (in Sterling terms) it acquired in 2006. In addition, the Hamptons agency’s business in Middle East and North Africa was retained by Emaar to support its key geographic markets. The company also decided to transfer the management of Emaar Education’s schools in the UAE to Innoventures Educational Investments, a Dubai based premium education provider.

Mr Mohamed Alabbar, Chairman, Emaar Properties, said: “Over the past months, Emaar has undertaken a series of strategic initiatives to focus on value creation for our stakeholders. Our emphasis now is on strengthening our core competency of developing premium real estate projects, and building on our assets in promising emerging markets. This concerted approach has resulted in further strengthening our financial fundamentals, despite the challenges of the global financial climate.”

Mr Alabbar said that Emaar’s revenue model has effectively diversified with an increasing share from the rental & hospitality operations over the past year, a trend reflected in the half-year 2010 results.

“This is in line with our growth strategy, outlined in 2007, to further expand our revenue streams through strategic investments in key international markets as well as new business streams including shopping malls & retail and hospitality,” he explained.

Out of the 2009 full year’s revenue of AED 8.413 billion (US$2.290 billion), 25.8 per cent were from leasing and hospitality operations, and 8 per cent from international operations, compared to 90 per cent of the revenue coming only from Dubai property development in 2008.

Emaar has handed over homes in its master-planned communities in Turkey and Pakistan, and the company is currently on schedule with the completion and hand-over of landmark projects in India, Saudi Arabia, Jordan, Egypt and Syria over next 12 months. These markets are expected to contribute further to the revenue stream of the company.

Mr Alabbar said: “Our growth outlook is guided by the vision of His Highness Sheikh Mohammed Bin Rashid Al Maktoum, UAE Vice President & Prime Minister and Ruler of Dubai, who underscored the need for companies to evolve strategies that meet the realities of the new world. We will remain committed to building new revenue resources and realizing the full value of our assets by embracing change and tapping growth opportunities.”

Emaar has joined hands with Giorgio Armani to strengthen its presence in hospitality. For more information, visit www.emaar.com.
Posted by Imre Solt at 2:59 PM