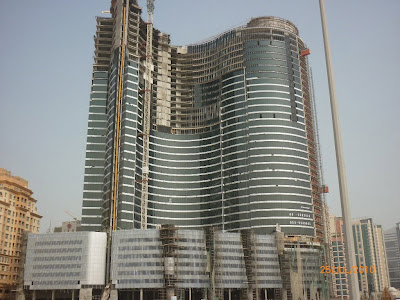 Completion of one of the region’s largest office tower developments set for November 29, 2010


July 27, 2010
Realty Capital Middle East FZ LLC has announced that testing and commissioning of its centrepiece i-Rise Office Tower in September 2010, keeping the landmark development on course for its November 29, 2010 completion date.

i-Rise, a 36 storey office tower, is being developed by Realty Capital in Dubai’s TECOM Site-C, and offers corporate and executive offices in a total built-up-area of more than 1.9 million square feet. Realty Capital further revealed that civil works were completed on July 25, 2010, while connections for various services (DEWA, EMPOWER, etc.) have also been concluded. All DEWA equipments have likewise been delivered to the site.

Work on the external façade will be completed by the first week of September as the disassembly of tower cranes will start by end of August. Internal finishing works, on the other hand, will be done before November 29.

Marwan Mansour, CEO, Realty Capital, said: "As we put into place the final pieces of this landmark development, there has been a growing excitement among investors and property owners who are all eager to move in and take advantage of the world-class amenities and leverage the prestigious reputation of i-Rise as a premier business address. It has been a gratifying and an inspiring experience to work on this iconic project, and we are sure that our investors and tenants will appreciate our efforts to maintain the highest levels of quality in every aspect from start to finish.”

i-Rise has been developed to be a popular Dubai landmark because of its unique curvilinear design. The office tower will feature a specially treated podium façade; modern executive and corporate offices; 19 high-speed elevators, dining establishments; commercial space; a fitness centre; and a multi-storey car park with 2,300 parking bays.