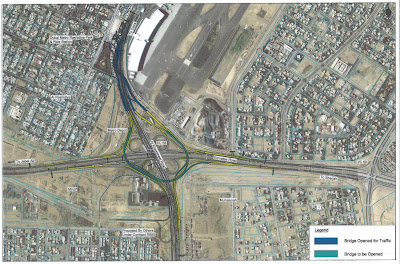 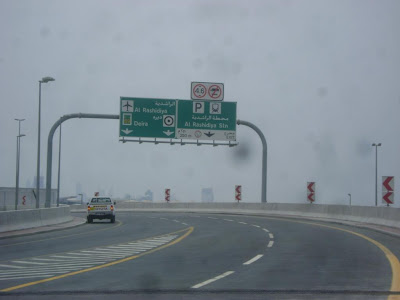 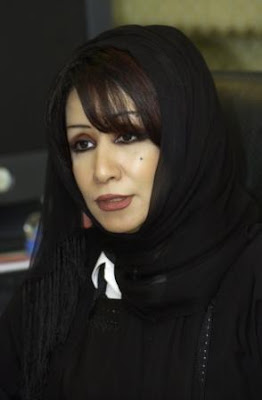 Engineer Maitha Bin Adai CEO of Traffic and Roads Agency said that the construction of bridges leading to the entries and exits of the Metro Station car parks comes within the RTA strategy to provide speed and smooth roads network for the road users to get to the Metro Stations, in accordance with its master plan to upgrade the mass transit modes and attract additional numbers of riders to reduce the traffic jams, pointing out that the Al Rashidya Metro Station is considered one of key stations, as it is the launching pad of the Dubai Metro Red Line. The station comprises a giant multi-storey car park that can take around 2700 vehicles so as to encourage the public to use the metro while transiting throughout Dubai. The ground floor of the park was dedicated for the public buses, which will feed the Station with passengers. It was also taken into account to link the car park premises with the opposite side of the road leading to the Metro Station.

"The total length of the bridge is 2.5 km where its stage includes free turn junctures to the Emirates and Airport Roads and it also includes the construction of two bridges on Al Khawaneej Bridge to streamline the vehicular flow from and to the Al Rashidya Metro Station Car Park. This stage was opened in coincidence with the Dubai Metro inauguration on 09/09/09. This part provides entries to the Al Rashidya Metro Station on two levels at the road incoming from Sharjah. This part is 1 km. These bridges cross Al Khawaneej Road towards the airport," she explained.

She added that the project,which has recently been opened, includes 10 bridges with a total length of 1500 meters and roads stretching 2500 meters. This stage provides free traffic flow for the vehicles heading for the Al Rashidya Metro Station from Abu Dhabi. The second stage also includes improvements at the juncture of Emirates Road and Al Khawaneej Road to streamline traffic flow inbound from Airport Road towards Sharjah and the vehicles incoming from Abu Dhabi heading for Al Khawaneej Road.

With opening of the first and second stages, RTA achieved the execution of all the bridges leading to the entries and exits of Al Rashidya Metro Station car park.
Captions: