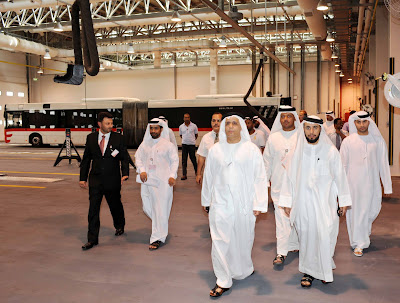 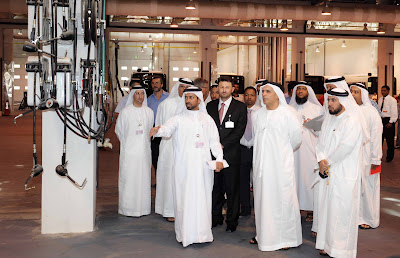 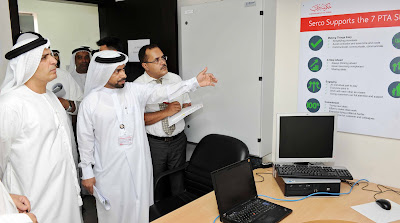 Roads & Transport Authority:
H.E. Mattar Al Tayer, Chairman of the Board and Executive Director of Roads & Transport Authority (RTA), has recently inspected Al Khawaneej Bus Depot which was inaugurated by the RTA in early August to serve 16 public transport routes shuttling over several districts across Dubai Emirate; including 5 Dubai Metro stations feeder service. During his tour, Al Tayer was accompanied by the CEO of Public Transport Agency Essa Abdul-Rahman Al Dosari in addition to other directors & managers of the Agency.

Al Tayer stated: “Al Khawaneej Bus Depot is considered a milestone in broadening and upgrading public transport network in Dubai Emirate; as it serves a plenty of Dubai Metro stations feeder routes, and passes across a number of districts throughout the Emirate”.

He continued: “The inauguration of this station culminates elaborate studies and site surveys undertaken by the RTA to assess the requirements of public bus riders, link the metro stations with public transport routes in Dubai, and address the transportation needs of all districts in the vicinity of the metro stations.
“The opening of Al Khawaneej Bus Depot also aims to distribute the bus routes according to districts close to the bus depots to ensure better utilization of the existing resources, enhance the efficiency and reduce the operational cost so long as the Depot is in close proximity to the starting points of the bus routes. It is anticipated that the operation of this Depot will cut the operational costs by as much as 1.5 million dirham per annum,” added Al Tayer.

“It took the RTA 15 months to complete this vital project at a cost of 121 million dirham. The facility has a capacity to house 284 buses and comprises a waiting yard, an air-conditioned maintenance workshop providing all types of preventive & regular bus maintenance (including maintenance of engines, electrical systems, and air-conditioning systems), a fully fledged painting workshop, a refueling station and a washing bay,” said Al Tayer in a final remark.