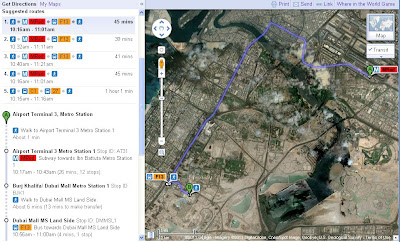 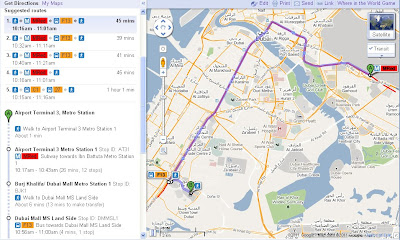 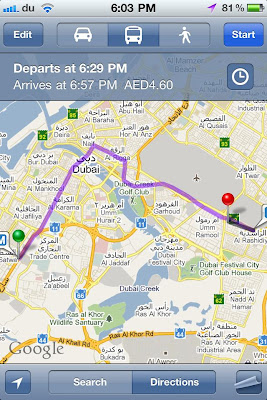 The Information Technology Department, Corporate Technical Support Services Sector, Roads & Transport Authority (RTA) has announced that all public transport information have been digitalized and overlaid through Google Maps, availing the users of public buses, metro, water taxi, and water bus among residents, visitors and tourists of the Emirate the opportunity to plan ahead their daily travels through this easy-to-use technology on offer for all internet users round the clock.
The CEO of RTA Technical Support Services Sector Abdullah Al Madani said, “RTA Information Technology Dep’t has completed the posting of the updated transport information in respect of all public transport means spanning buses, metro, water bus and water taxi in Dubai Emirate on Google Maps through integrating them with RTA Journey Planner service, known as Wojhati. The digitalization of all types of public transport information has been completed following the signing of a partnership agreement between the RTA and Google Inc.

“RTA is keen on using sophisticated technologies and the initiative of uploading mass transit modes information on Google Maps is a co-service intended to enhance the “Journey Planner” initiative launched by the RTA. This initiative will definitely enable the users of all public transport means in Dubai Emirate to easily plan their daily travels on public buses, metro, water bus or water taxi at any time they might wish through the digital Google Maps displayed on the internet or smart phones. The technology enables users to glimpse the routes of the suggested journey on Dubai Emirate maps along with the detailed information, schedules and the specific fare applicable to each journey.

It is noteworthy that RTA has signed an Agreement with Google Inc (Middle East) in 2009 whereby public bus network in Dubai Emirate has been uploaded and Dubai has become the first city in the Middle East to upload its bus network in these charts. In so doing Dubai has become one of more than 50 cosmopolitan cities to use this technology such as London, Paris, New York, and Zurich among other global cities with sophisticated public transport networks.

To experiment this service, please log on to: http://maps.google.com, then search for Dubai Emirate.
Posted by Imre Solt at 12:15 PM