Empower calls on banks to invest in the district cooling industry 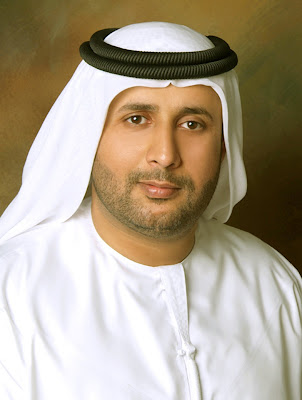 Empower calls on banks to invest in the district cooling industry

Dubai, UAE, 2nd May 2011: Emirates Central Cooling Systems Corporation (Empower), a joint venture between TECOM Investments and Dubai Electricity and Water Authority (DEWA) and the largest district cooling services provider in the Middle East, has urged regional and local banks to enhance their funding to district cooling industry which is considered one of the safest industries in terms of risks and return on investment (ROI).

Ahmad Bin Shafar, CEO of Empower, added: “Key players in the district cooling industry in the UAE and the Gulf have succeeded in building a world-class district cooling infrastructure. The demand has risen rapidly in the UAE in the last decade, which lowers the risks of such investments significantly compared to other opportunities.”

Demand for district cooling has been increasing rapidly in the last decade. In the UAE, it was first used in the 1970s at the Dubai International Airport. It began to be adopted commercially in 1998 with the real estate boom in the country. The adoption rate in this technology has remarkably increased in the past five years especially amongst large scale projects.

In Dubai, residents are becoming increasingly aware of the importance of using district cooling system as an alternative to conventional AC system, leading to energy saving and environment conservation, as well as lower operations and maintenance costs.

“Despite the positive scenario, banks are reluctant to invest in the sector due to lack of understanding of the nature of the business.. As a result, a golden opportunity is being lost to invest in a promising and safe industry in the nature of utility, considering high ambient temperatures prevailing almost through out the year.”

“We have succeeded in building world class district cooling infrastructure that is considered an ideal economic and environmental solution for residential and commercial units, offices and hotels,” added Bin Shafar.

Through an ambitious strategy to finance its projects through an optimal mix of debt and equity structure, Empower announced late last year that it had successfully refinanced a US$175 million credit facility through a consortium of Royal Bank of Scotland, Standard Chartered, Citibank, Emirates NBD and Mashreq. This was part of an earlier facility of US$225 million, out of which Empower settled US$50 million. The company has refinanced the balance of US$175 million for a five-year tenor repayable between 2011 and 2015.

Bin Shafar added: “Refinancing of a facility of this magnitude clearly demonstrates the robustness and sustainability of Empower’s business model and the confidence of the international and local banks and financial institutions in the company’s leading position in the Middle East. Moreover, it signals promising future for the district cooling industry on the global and regional stage.”

Empower has been growing steadily as part of its plans to position itself as a major player in the global front.
Posted by Imre Solt at 2:08 PM