First Spanish hotel in GCC to open in Dubai 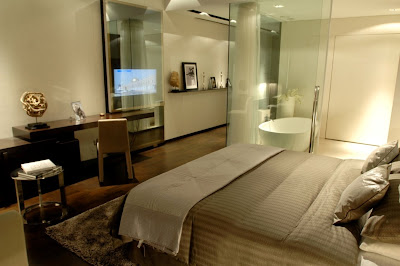 First Spanish hotel in GCC to open in Dubai

One of the largest hotels and resorts companies in the world, Sol Meliá has announced that it is to open its first regional hotel in Dubai. The Meliá Dubai, a five-star 164 bedroom ‘urban resort’ will open on 12th October 2011, to coincide with national day in Spain.

“This is our first property in the Arabian Gulf and the first step to realising our expansion plans for the region. We are currently negotiating with potential partners in Qatar, Saudi Arabia and Jordan and we hope to make further announcements in the near future,” commented Andre Gerondeau, Executive VP, Hotels Division at Sol Meliá Hotels and Resorts.

The number of visitors to Dubai from Spain has been increasing steadily. Emirates opened their first daily flight to Madrid last summer and combined with Iberia’s existing four weekly flights to Dubai, should improve on the 30,000 plus visitors Dubai received from Spain in 2010.

In addition Emirates fly daily to Sao Paulo, with new routes planned to Rio de Janiero and Buenos Aires, all destinations where Meliá has strong brand awareness. According to Daniel Lozano, Senior Vice President, the Meliá brand, opening in the Gulf was a strategic step.

“We chose Dubai because this is the commercial hub for the region and we felt our brand attributes would suit such a cosmopolitan market. We believe that our traditional Spanish hospitality can offer a new dimension to customers in the region, while still appealing to Arab guests,” he said.
“Our brand strength in Germany, UK, Italy and elsewhere in Europe, will give us a competitive edge, when we begin our marketing campaigns in these regions, for inbound business to Dubai. We can also use that leverage to secure outbound business as well,” added Lozano.