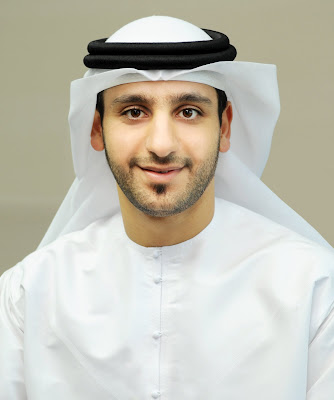 The Roads & Transport Authority – Nashwan Attaa'ee:
The Roads & Transport Authority (RTA) has beefed up the selling points of the Unified Fare Cards (Nol cards) as part of its ongoing efforts to broaden the scope of service delivery, and make these cards readily available for mass transit commuters, spanning the metro, public buses, and the water bus as well as motorists in paying for parking fees in Dubai.

Mohammad Yousuf Al Mudharreb, Director of the Unified Automated Fare Collection at RTA Corporate Technical Support Services Sector, stressed the importance of expanding the selling points of Nol cards to serve the largest possible segment of public transport users, particularly with the launch on 9 September last year of the Dubai Metro Green Line; which played a crucial role in integrating mass transit network in Dubai, and serving numerous landmarks & key business spots in the Emirate.
"To implement this Decision, the Unified Automated Fare Collection Dep't at RTA Corporate Technical Support Services Sector increased the number of selling outlets of various types of Nol cards following the signing bilateral agreements with Al Fardan Exchange, Al Maya Group, and Aswaq; which are amongst the leading business entities with extensive selling outlets across the UAE. Accordingly Nol cards will be available for selling at 39 outlets at Al Fardan Exchange, 30 outlets at Al Maya Group, and 7 outlets at Aswaq," announced Al Mudharreb.

"The new selling outlets will be subject to the same terms & conditions applicable to other selling outlets since the initial offering of Nol cards; which include a stipulation of maintaining a unified price at all existing and new selling outlets.
"The RTA is always seeking to open new channels & outlets for the delivery of services & products in collaboration with a plethora of government, semi-government and private entities to keep abreast of the growing demand for RTA services by public transport users in Dubai Emirate. We have high regards for the role to be played by Al Fardan Exchange, Al Maya Group, and Aswaq as they sprawl the entire Emirates of the country," said the Director of the Unified Automated Fare Collection in a concluding remark.

It is note-worthy that RTA has launched a special offer involving a 50% discount on personalized Nol Blue Cards on the first of January and runs through the last day of February 2012.
Posted by Imre Solt at 11:48 AM