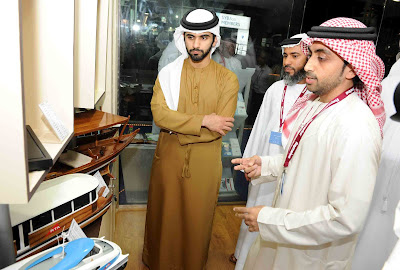 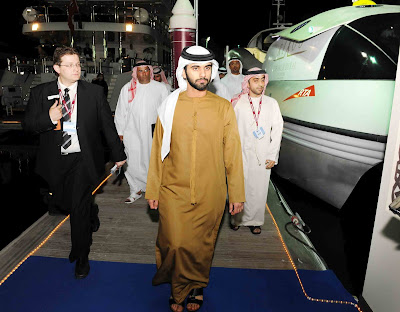 The Public Transport Agency, Roads and Transport Authority (RTA), is considering to open shortly new commercial water routes via Ferry Dubai to Lebanon Island located at the World Island, in coordination with the Island such that visitors can access the Island and enjoy all services in place.

During the participation of the Public Transport Agency in the Dubai International Yacht Exhibition, which was recently held by Dubai World Trade Centre at Mina Seyahi aimed at establishing a constant channel of communication between the RTA and its strategic partners, the CEO of Public Transport Agency Essa Al Dosari, said: "The opening of a new water route to Lebanon Island comes as part of the new projects to be undertaken by the Agency in the near future. This participation also aims to showcasing some future projects about the potentials of providing other transit services in The World islands and inaugurating other tourism water lines along Dubai coasts. Such services aim at boosting the marine transit modes and ensuring their integrity with the transportation system in the emirate."

"We, at the Public Transport Agency, are keen on participating in this annual showpiece since 2008 as we are confident in the importance of exhibiting a host of marine transit services to a large segment of exhibition visitors. Moreover, the RTA seeks to attach the same level of importance to all services be it marine or land transport," added Al Dosari, pointing out that the Agency's continued participation in the expo would significantly contribute to keeping the RTA informed of the latest and environment-friendly operating systems of marine engines, meeting designers and manufacturers of boat & yachts worldwide, and opting for the best ones in order to develop our marine services," added Al Dosari.

"Our participation in this ongoing exhibition has been positive, given the tremendous response received various community segments, categories and businesses, who were keen to visit RTA's stand and get acquainted with all marine transit means available for the public, be it Ferry Dubai, Water Taxi, Water Bus, or Abras. Besides that a team of qualified employees with excellent communication skills, have been deployed to provide visitors with necessary information about our marine transport services. Various brochures and leaflets on these services have been distributed along with tickets for Ferry Dubai & Water Taxi and Nol cards at the stand, which witnessed huge turnout," continued Al Dosari.

Al Dossari also touched on to transporting visitors from car-parks to the expo venue via 3 water buses in a trips taking 7-10 minutes in order to ease the congestion, and avail visitors a picturesque scenery of Dubai beaches, as well as introducing this mode of transport to the visitors with a view to increasing its ridership in future as it offers both comfort and safety at the same time.
Posted by Imre Solt at 12:57 PM