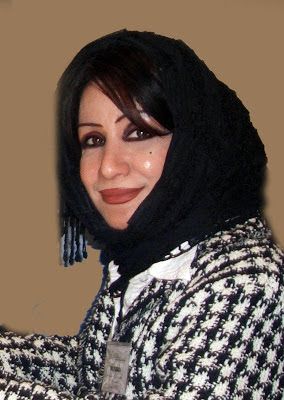 The project provides six-lane driveway in each direction

Dubai - The Roads & Transport Authority:
The Roads and Transport Authority (RTA) is currently engaged in putting the final touches of Al Khail Road Widening Project and bracing itself or opening the entire Project comprising six lanes in each direction, providing seamless traffic flow over the whole traffic corridor by the end of this year 2012. Work is up and running in completing all flyovers of this key arterial passageway to ensure the smooth traffic movement in all directions of these interchanges.

Engineer Maitha bin Udai, CEO of RTA Traffic & Roads Agency, said: “The ongoing follow-up regime instituted by the RTA for this vital project is reflected in examining work progress of all phases, ensuring work is progressing according to the approved timeline, meeting contractors working in all project phases, and tackling any difficulty confronting the project to overcome it and avoid any delay. The Project covers the widening and improvement of the existing Al Khail Road in a sector stretching 15 km from the junction of Meydan Road up to the junction of the Emirates Road. The Project also covers widening the existing road from four to six lanes in each direction and replacing the four R/As by free multi-level interchanges. Due to the massive nature of the Project, it has been divided into four phases with a total cost tag of 1.95 billion dirham.

Phase II (Improvement of Al Khail Road/Interchanges 19 & 22/ Al Qouz) of the Project comprises the construction of two new flyovers on Al Khail Road providing smooth traffic flow in all directions instead of the existing two R/As at the intersection of Al Khail Road with Latifa bint Hamdan Road, and Arabian Ranches Road at Al Qouz Residential & Industrial Areas. It also includes the widening of Al Khail Road from four to six lanes in each direction and the construction of a flyover inbound from Al Qouz and outbound to Al Khail Road, in addition to various road works such as pavements, lighting, light signals, traffic signage & others. The Project also entails traffic diversions and removal of some utility lines intercepting the project works, in addition to the new utility works required for the project completion. Completion rate in this stage has exceeded 99% and will be finalized during this month of November and the opening of this stage will be timed with the opening of other phases by the end of December 2012.

Phase IV (Improvement of Al Khail Road/Junction with Umm Suqeim Road – Junction 17) of the Project comprises replacing the existing R/A at the intersection of Al Khail Road with Umm Suqeim Road by a multi-level flyover to provide a smooth vehicular movement in all directions. The Project also encompasses the widening of Al Khail Road from four to six lanes in each direction, and removing & protecting the utilities & services impacted by the Interchange. Completion rate has reached 77% and the project will be completed & opened in two parts; the first part, which includes constructing key bridges on Umm Suqeim Road & widening Al Khail Road to six lanes in each direction, will be opened by the end of December this year. The other part, which includes two sub bridges will be completed and opened for traffic in the first half of 2013.

Al Khail Road improvement projects are undertaken in the context of RTA Master Plan for Improvement of Roads, Bridges, Crossings and Tunnels Network with the aim of streamlining the traffic flow all over Dubai districts. The Project also marks the implementation of RTA Strategic Plan for uplifting the infrastructure of roads network and mass transit systems in Dubai Emirate, and developing integrated solutions of roads systems as well as land/marine transportation networks that are safe for users and matching up with the sweeping development plans, capable of catering to the needs of demographic expansion, and supporting the development and investment drive in the Emirate.