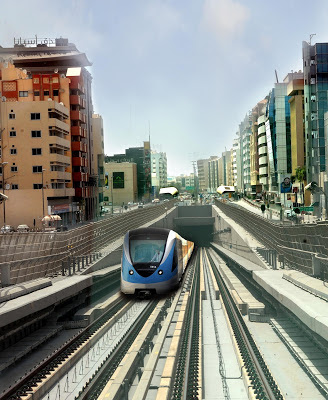 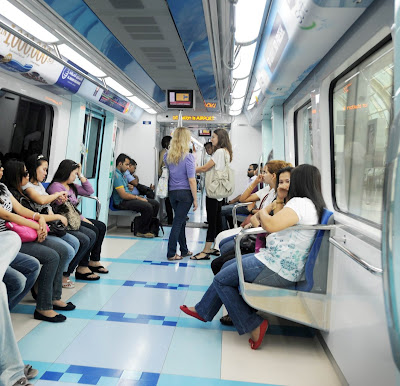 H.E. Mattar Al Tayer, Chairman of the Board and Executive Director of the Roads & Transport Authority (RTA), revealed that the Dubai Metro, both Red and Green Lines, has touched new heights with ridership hitting 213.354 million passengers from the start of the commercial service on 10 September 2009 till the end of November 2012. He added that ridership of the Dubai Metro had seen a huge growth during this year with the average daily ridership hovering around 350 thousand commuters and the number is set rise in the near future, particularly after the opening of Danube Station on the Red Line; which serves Jebel Ali Industrial Area.

Al Tayer was delighted with these positive indicators depicting the growth in the ridership of the Dubai Metro; which, he said, reveal that RTA plan to augment the ridership of public transit means is moving in the right direction. “It also indicates a transition in the culture and attitudes of the community towards public transit systems as people started to grasp the benefits of using public transport systems such as the psychological & physical comfort in travelling light, and economizing on the expenses for fuel and maintenance of vehicles,” he added.

“These indicators illustrate that the RTA is moving ahead with its drive to achieve its strategic objective of raising the rate of trips made by public transit means to 30% by 2030, and this rate has touched 10% in 2011.

“Dubai Government has pumped massive investments in upgrading the infrastructure of public transport sector; which proved successful and effective, and contributed to bolstering the development drive seen by the Emirate under the prudent leadership of HH Sheikh Mohammed bin Rashid Al Maktoum, Vice-President and Prime Minister of the UAE and Ruler of Dubai, as reflected in the thriving business climate, and growing tourist activities as well as the provision of safe & smooth transit. These ingredients are bound to encourage mobility, revive the economy, and raise the competitive edge of Dubai in hosting international events such as conventions, sport events, horse-races … etc, besides conserving the environment, slashing the financial impacts of traffic jams, and diverting the demand from private vehicles to public transit means.

Captions:
- Mattar Al Tayer
- Dubai Metro providing a new link for the districts of the Emirate
- Accelerated growth of the metro ridership