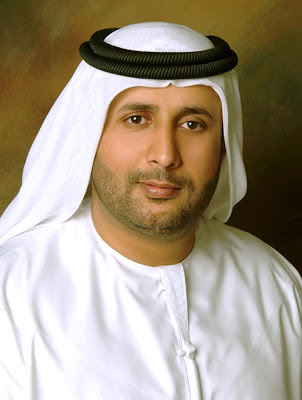 Dubai, UAE, 22 December 2012: Emirates Central Cooling Systems Corporation (Empower), the largest district cooling provider in the Middle East, has lauded the UAE’s milestone achievements in the fourth quarter of 2012, exemplified by investments in major projects, including the Khalifa Port in Abu Dhabi.

This strategic move is expected to give a major boost to trade and economic sectors in a short period of time across the country according to the company’s CEO.

Bin Shafar added: “Khalifa Port marks the start of another phase in the country's development by diversifying the economy towards value-added services.”

Khalifa Port is equipped with an automated container station supported by a ready electronic system designed to meet the needs of freight and shipping sectors in the UAE.

Another project, Mohammad Bin Rashid SME Fund for supporting SMEs in Dubai, was launched to support around 100 projects for youths annually. The fund aims to provide support to small and medium projects and create a new generation of entrepreneurs to boost the UAE economy.

“SMEs are considered the pillar of any country’s economy as they create new job opportunities and raise competitiveness and boost the dynamism of the economy. In this regard, the UAE is giving close attention to supporting SME sectors,” Bin Shafar said.

“SMEs offers ideal investments opportunities and they are main service providers that large enterprises from government and private sectors outsource from,” he added.

The significance of Mohammad Bin Rashid SME Fund is that it tackles a major hurdle faced by SMEs, which is the lack of funding.

Bin Shafar added: “We invite SMEs to invest in the District Cooling and allied sectors, in order to boost this dynamic sector in the Middle East.”