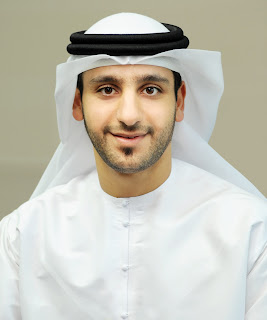 Roads and Transport Authority - Manal Khalid:
The Roads and Transport Authority (RTA), has recently launched, for the second time running, Terhal Integrated Package, and distributed it in several Dubai Metro stations, various business outlets and money exchange shops. The Package, which includes purchase vouchers and discounts of up to AED 2000, is sold to the worth of AED 65.

Mohammed Al Mudharreb, Director of Unified Fare Collection Card, RTA Corporate Technical Support Services Sector, said, “The launch of this package comes in the context of promoting the use of mass transit means among community members in general, and tourists in particular, through showing that the Emirate of Dubai is interconnected by a sprawling transit network comprising the metro, buses, and marine transport services, such that commuters can easily move to various destinations, besides enabling them to conveniently pay for the paid car parking zones in Dubai.”

“We opted to launch Terhal Package which includes two Silver Nol cards with an initial balance of AED 14 apiece and various purchase vouchers and discounts, at key recreational & tourist outlets, restaurants, and malls across the Emirate of Dubai. The Package also contains a tourist travel map, which serves as an integrated guide for various destinations, in addition to general information such as telephone numbers of key entities such as emergency services, police, embassies and ambulance services,” added Al Mudharreb. He pointed out that “a number of free vouchers has been added by Paris Gallery for the first time ever, to some packages, thus being made available for some lucky package holders.”

“In the near future, Terhal Package will be launched periodically by upgrading its content to measure up to the aspirations of customers. We will also seek to engage a series of key outlets and destinations in Dubai in a bid to attract the attention of a large segment of the public,” concluded Al Mudharreb.