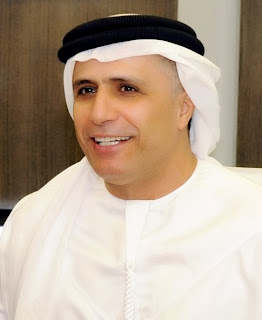 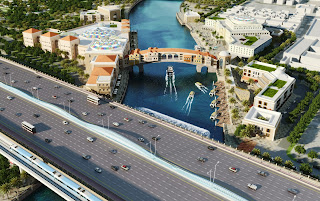 Dubai- Roads & Transport Authority – Mohammed Al Munji:
The Board of Directors of the Roads and Transport Authority (RTA), chaired by H.E. Mattar Al Tayer, RTA Chairman of the Board and Executive Director, has recently endorsed the award of a contract for Phase I of Bridges & Roads Network of the Dubai Water Canal Project; which encompasses three phases. The RTA is tasked with the design and construction works of the project up to the completion of the final phase linking the Dubai Creek with the Arabian Gulf through extending the Canal to pass under the Sheikh Zayed Road, and across Al Safa Park, Jumeirah 2 and continue up to the Arabian Gulf near the southern part of the Jumeirah Beach Park.
“Phase I of the project, awarded to the Turkish Jonal Company in a AED500 million contract, comprises the construction of a bridge across the Sheikh Zayed Road passing above the waterway enabling free navigation 24/7, besides modifying the path of impacted roads in a way ensuring integrated traffic flow between the two sides of the new Canal. about an 800-meter long sector of the Sheikh Zayed Road will be impacted by the project which also includes the shifting of the existing utility lines impacted by the course of the Canal, as well as undertaking lighting and water fountains works on the bridge,” explained Al Tayer.
“The project works of the Dubai Water Canal have been split into three contracts; the first and second one include the construction of bridges above the Canal for the main roads intercepting the Canal i.e. the Sheikh Zayed Road comprising 8 lanes in each direction as well as Al Wasl Road and Jumeirah Road, each comprising 3 lanes in each direction. The bridges will rise 8.5 meters above the water level to enable a free round-the-clock navigation in the Canal. The project works also include shifting the utility lines via conduits passing underneath the Canal, besides constructing a multi-tier interchange above Al Wasl Road providing free access and smooth traffic movement at Al Hadiqa Road and Al Athar Road upon the completion of the project.
“The third contract of the project is devoted to the drilling & landscaping works, building 4 pedestrian bridges linking with both sides of the Canal, and constructing 4 marine transport stations to ease the movement of the public and encourage the mass & tourist transport as the mass transit means are envisioned to serve more than six million passengers according to the Strategic Plan set for the marine transportation in Dubai,” elaborated RTA Chairman of the Board and Executive Director.
Smooth Traffic Flow
Al Tayer further noted that the RTA had mapped out a comprehensive plan for the traffic diversion in order to ensure a smooth traffic movement. “The engineering design of the temporary traffic diversion will conform to all specifications of permanent roads in terms of engineering design, leveling of the surface & the asphalt, and the provision of sufficient lighting matching to the designed road speed to ensure the safety of all road users. During the diversion stage, the same number of the existing lanes will be maintained in order to avoid any negative repercussions on the current traffic volumes, thus avert any potential additional congestions or delay as a result of the construction works. The contractor’s work site will be fully separated by means of high barriers to suppress the amount of noise or inconvenience to road users as well as residents of the neighbourhood in as much as possible,” added Al Tayer.
“The RTA will undertake several improvements of the network of main roads intercepting the Canal as well as some improvements of the neighbouring localities such as Juemirah and Al Safa including the construction of roads on both sides of the Canal to serve the mobility between these communities. Pedestrians will have a free and safe movement through the construction of 4 pedestrian bridges above the Canal, one of them will be a bridge fitted with convenient stores. There will also be dedicated tracks for practicing light sports such as jogging and cycling alongside both banks of the Canal in addition to aesthetic landscaping works on both sides of the Canal including greens, plazas, sitting & relaxation areas, and a cocktail of tourist-oriented projects,” said Al Tayer in a concluding remark.
Captions:
-      Layout of the 16-lane Bridge above the Water Canal
-      Layout of the Dubai Water Canal project
Posted by Imre Solt at 4:08 PM