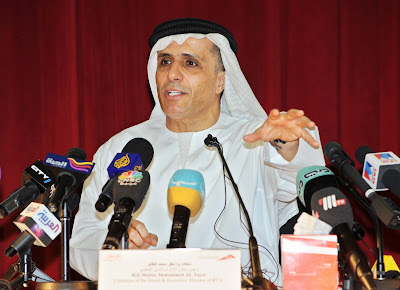 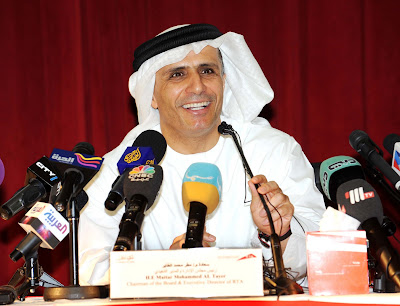 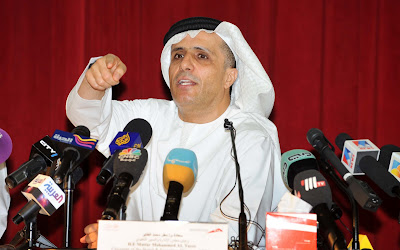 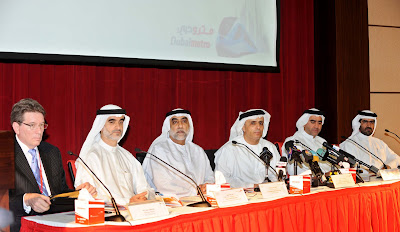 Al Tayer: Dubai Metro service is set to run at 10 minutes headway at a rate of 6 trains per hour


Roads & Transport Authority – Mohammed Al Munji:
HH Sheikh Mohammed bin Rashid Al Maktoum, Vice-President and Prime Minister of the UAE and Ruler of Dubai, will officially launch Dubai Metro on 09/09/2009, starting with 10 key stations on the Red Line, namely: Rashidiya, Terminal 3 (Dubai International Airport), City Center, Al Rigga, Union, Khalid bin Al Waleed, Jafliah, Financial Center, Mall of the Emirates, and Nakheel Harbour & Tower. The remaining stations on the Red Line will be opened in phases over the next few months.
The above announcement was made by H.E. Mattar Al Tayer, Chairman of the Board & Executive Director of Roads & Transport Authority (RTA), in a press conference held yesterday at the RTA headquarters, and said: “Launching Dubai Metro on September 9 is a true manifestation of the vision of HH Sheikh Mohammed bin Rashid Al Maktoum, to uplift the infrastructure of the emirate of Dubai. The RTA vision, which is based on the 3rd sector of the Dubai Strategic Plan 2015 (Infrastructure Sector), is now being realized. The Dubai Metro Project has been completed in a record-breaking period of less than 4 years since HH Sheikh Mohammed bin Rashid Al Maktoum laid the foundation of the Project on March 21, 2006.
Al Tayer said: “Throughout the construction works of Dubai Metro project, RTA remained highly committed to the best global safety standards, and sought the services of international entities to assess metro safety throughout all phases of the project. RTA was also keen to use the latest technology in rail industry and provide all means of comfort and welfare to passengers.
“ The RTA’s foremost interest is in the safety of Dubai Metro users. As such all focus and effort were put into getting the 10 stations ready in terms of infrastructure and operations. Extensive trial runs were done to make sure of this” he said.
Al Tayer continued: “Some stations are not operated, despite being fully ready long ago, as the property projects to be served by such stations have yet to be completed; which obviously means no passenger demand is foreseen for the time beingAn example of this is the Jebel Ali Station. Moreover, construction of some stations has not been completed due to the multiple systems of the metro itself”.
The RTA Chairman of the Board & Executive Director elaborated on Dubai Metro operations by saying: “During the holy month of Ramadan Dubai Metro service will run from Saturday to Thursday from 06.00 am up to 12.00 am (midnight), while on Friday the metro service will start from 02.00 pm to 12.00 am (midnight). After Ramadan the Metro service will run from Saturday to Thursday from 06.00 am up to 11.00 pm, while on Friday the metro service will start from 02.00 pm to 12.00 am (midnight).
“Dubai Metro service is set to run at 10 minutes headway at a rate of 6 trains per hour with an intake of 3858 passengers per hour per direction, and the volume of demand on the Red Line services is anticipated as 3500 passengers per hour per direction” he added.
Al Tayer went further to list the factors upon which the 10 stations have been selected for operation on 09/09/2009 and listed them as: “Population density in the area served by each station, availability of commercial activities in the vicinity of the station, availability of commercial government bodies in the nearby area, the link with multi-storey car parks, the link with other transport modes such as buses & water transport, technical readiness of the station, and the number of anticipated passengers in each station.
Al Tayer elaborated on the reasons for opening each individual station and said: “Opening of Rashidiya Station is important because it is the starting point of the Red Line on the East side of the city, and because it houses a multi-storey car park for 2750 vehicles and serves several highly populated areas such as Rashidiya, Mirdif, Al Mizhar, Al Warqa and Nad Al Hummar. Terminal 3 Station at Dubai International Airport will serve passengers arriving and departing Dubai City, while City Center, Al Rigga and Khalid bin Al Waleed Stations serve highly populated areas and commercial centers, with high traffic flow. Union Station serves the Central Business District along with several key government entities, wile the station is also located nearby a major bus station and many marine transport stations at the Dubai Creek, which make it a multi-modal station.
“Jafliah Station serves Dubai Naturalization and Residency Department, Dubai Police Station, and the new Etisalat building. The opening of this station will reduce the pressure on roads and parking facilities for the large number of people who require these services regularly. The Financial Center Station will serve the business and financial district of Dubai, and also provide connection to several five-star hotels on Sheikh Zayed Road. Mall of the Emirates Station naturally serves one of the biggest malls in the emirate of Dubai, which is a destination for many residents and tourists, but also serves the Al Barsha area. Nakheel Harbour & Tower Station includes the second multi-storey car park on the Red Line on the West side of the city, which can accommodate up to 3000 vehicles” he continued.
Finally, Al Tayer said that the fare strucrure of mass transport systems in Dubai was designed to be affordable and said: “The metro fare is among the cheapest worldwide. For instance the fare of the trip from Rashidiya up to Jebel Ali is DHS 5.80 only. More than 700 Feeder Buses have been deployed to serve these stations on well planned and coordinated routes. These buses will have route numbers beginning with the letter F, and will be visible to all passengers waiting to use them for connetion to the earest Dubai Metro staion.
The press conference was attended by Abdul Majeed Al Khaja, CEO of Rail Agency; Essa Abdul Rahman Al Dosari, CEO of Public Transport Agency and several directors of the RTA.
Photos:
 Mattar Al Tayer during the press conference to announce the details of Dubai Metro operation
Posted by Imre Solt at 7:38 PM