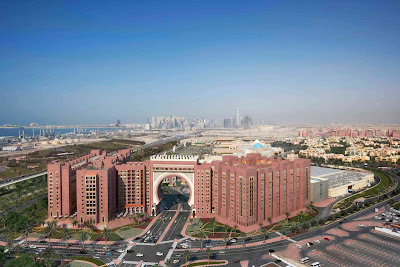 With lease rates in Dubai declining as more new buildings become available, office location rather than price will again become a priority in determining where a company sets up business, says Asteco, the largest property services company in the United Arab Emirates.

“The decline in the real estate market is helping to re-position Dubai once again as an attractive business location giving companies the ability to shop around for the best value for money,” said Asteco CEO Elaine Jones. “Offices which can offer substantial amenities for staff will be the first to benefit,” she added.

In addition, evidence from many international markets consistently reveals that land and property values and ultimately rentals, within the vicinity of stations linked to new metro lines increase significantly - 57% in the case of the Tokyo – Kobe line in Japan.

However, what is interesting is that the increases do not occur usually until after the stations physically open, not when the line is announced or under construction. According to the RTA, the Ibn Battuta metro station will be operational by February 2010.

“This is not surprising,” said Jones. “In property matters it has always been a question of location, location, location and office developments like Ibn Battuta Gate - located in close proximity to a Metro station as well as a shopping malls and ample parking - will increasingly become the preferred option.

“As more Metro stations are opened and people become aware of the benefits, the ease of commuting by Metro for office staff will prove to be an increasingly important element in company decision making about where to locate.”

Phase one of the new Ibn Battuta Gate mixed-use development is being managed by Asteco Property Management on behalf of Dubai-based owners Seven Tides.

“Ibn Battuta Gate is located at the very heart of Dubai’s new residential and commercial corridor,” Jones added. “The complex is within 400 metres of a Metro station due to open soon which will provide direct access to the commercial business heart of the Jebel Ali free zones as well as Dubai Marine, Jumeirah Lake Towers, Internet and Media City, Dubai Financial Centre, Dubai World Trade Centre and central Dubai itself.”

With 40,000 square metres of leaseable modern office space spread over 11 floors, the office complex is also next door to the mall with its 300,000 square metres of retail space and entertainment attractions. Ibn Battuta Gate, which features a dramatic entrance arch larger than the Arc de Triomphe in Paris, also has direct access to Sheikh Zayed highway. The office complex has basement parking for over 350 cars and automatic parking for a further 760 vehicles.

“In further phases the Ibn Battuta Gate offices, will also benefit from a five-star Moevenpick Hotel and a residence, so office tenants will be able to take advantage of short or long term accommodation as well as the hotel facilities,” added Jones.
Posted by Imre Solt at 4:58 PM