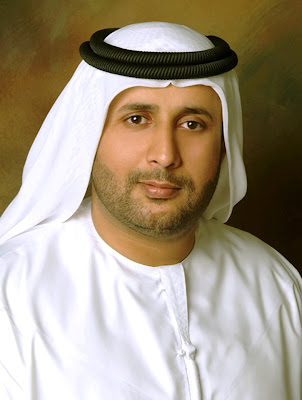 In line with Dubai government's strategy to reduce the use of desalinated water in cooling systems:

Dubai, UAE, 17th April 2012: In line with Dubai Government’s strategy to conserve water resources and as part of its commitment to reduce the consumption of desalinated water in district cooling, Emirates Central Cooling Corporation (Empower), the largest district cooling service provider in the region, has deployed Reverse Osmosis technology in its DIFC plant, leading to production of average of 3000 m3 of polished water per day.

Ahmad Bin Shafar, CEO of Empower said: “The new technique adopted by Empower following the directives of Dubai Government to reduce the consumption of desalinated water in the cooling process, will produce three times the current production of treated water at Dubai Healthcare City (DHCC). The new system is based on the Reverse Osmosis technology, which is used in the desalination of sea water and brackish water as well as in desalination of treated sewage water, bilateral or trilateral, where they can reduce the salinity of the water and purify it.”

The DIFC polishing plant was designed slightly differently from the DHCC RO plant, with an ability to produce desalinated water quality, thus minimizing and eliminating the use of additional expensive specialty chemicals to treat the cooling towers and chillers.

The Reverse Osmosis has proved its efficacy and superiority over other known techniques in water desalination and treatment for its low incident of sediment, corrosion in the plants, compared to other techniques, short duration of realization, low cost of components made of plastic and ease of assembly, operation and maintenance of the system that is formed from stand-alone units.
Posted by Imre Solt at 4:07 PM