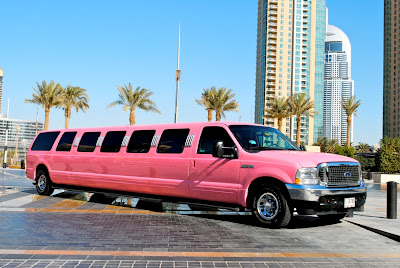 “The UAE is currently the only country within the region that is not a member of UNWTO. The government has been talking to us about becoming a full member following the establishment of the National C ouncil for Tourism and Antiquities,” he said.
“We have almost concluded an agreement, and I have received news that the cabinet has held discussions, and it is - in principal - approved. We are awaiting official notification and would be delighted to welcome the UAE as a member,” he added.

Commenting on this year’s Arabian Travel Market, Rifai remarked: “ATM has grown to be a very important and significant gathering that continues to gain strength. This is a dynamic region and tourism is a pillar of the economy; and there are some great examples of how economic diversification policies have paid dividends.

“As well as being an important destination for inbound tourism, it is also a tremendously valuable source market for outbound travellers from the region, who are sought after by many international destinations.” “As the post-Arab Spring movement takes wings there will only be increasing interest and focus on this part of the world. Events at the end of last year and beginning of this year are showing that even in the middle of these challenging times, destinations close to the hub that is the UAE are doing very well under these circumstances,” he added.

The limousines are part of a wider service offered by Travel C afé, a new concept which fuses the traditional travel agency services, but in a modern, personalised and customer friendly manner. All of the waiting staff are in actual fact professionally trained travel agents dressed as flight attendants which complements the theme.

This spring, Dusit Thani Dubai will begin the refurbishment of its guest rooms as part of a major project due for completion by the end of September. “This is an exciting time for us as a hotel. The property has just celebrated its 11th anniversary and we’ve seen a lot of change in the city landscape around us.

While we have done soft refurbishments throughout the hotel over the years, an extensive refurbishment will firmly place us in a more competitive position,” said James Wilson, General Manager. The refurbishment will see the hotel rooms take on a modern, light and crisp appearance, creating a welcoming and relaxed ambience, but still reflecting the hotel’s Thai cultural heritage.

“Being a Thai hotel brand, it is important that while we embrace our location and incorporate international design, we remain true to our company DNA. With the Dusit brand expanding internationally we have chosen a design which will put our rooms more in line with international standards while ensuring that there are still strong elements of Thai design throughout the rooms,” added Wilson.

Phase two of the project, focusing on the refurbishment of the hotel’s 147 one and two-bedroom residences will start in summer 2013.
Posted by Imre Solt at 4:51 PM