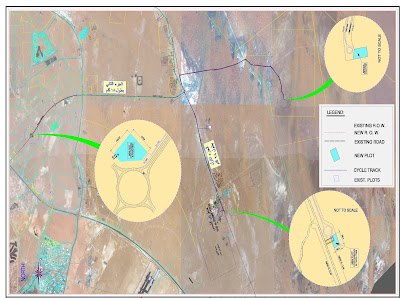 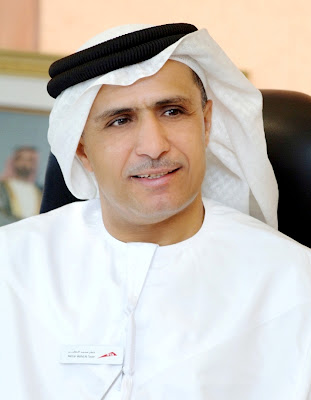 In implementation of Mohammed bin Rashid's directives RTA starts construction of two 45 km-long cycling tracks at Seih Assalam The Roads and Transport Authority – Mohammed Al Munji: In implementation of the directives of HH Sheikh Mohammed bin Rashid Al Maktoum, Vice-President and Prime Minister of the UAE and Ruler of Dubai, the Roads & Transport Authority (RTA) has embarked on the construction of two cycling tracks at Seih Assalam and Al-Qudrah areas extending 45 kilometers, at a cost of about 19 million dirham. The project is set to be a prominent sports landmark as Seih Assalam and Al-Qudrah areas are poised to shape into a rendezvous for cycling enthusiasts in Dubai Emirate. The tracks have been designed with much attention to the safety as well as the security of cyclists. His Excellency Mattar Al Tayer, Chairman of the Board and Executive Director of the RTA, commented on the project saying: "The project started at the end of last February and takes about 120 days to complete, so it is scheduled for completion next June. It spans an area of 45 km at a total cost of around 19 million dirham. The first cycling track stretches 18 km and runs besides the northern part of Al Qudra Road. It starts off the first R/A following the bridge over the Dubai Bypass Road and extends up to the R/A on the intersection of Bab Al Shams Road and Al Qudrah Roads; where it joins with the second track to ensure continuity for the enthusiasts of long-distance cycling sport. "The second track stretches about 27 km and starts off the front of Bab Al Shams Hotel and runs till the R/A at Al Qudrah Road, before it moves southward along the road leading to Seih Al Dahal," explained Al Tayer. "This project comes in the context of RTA Master Plan developed for providing dedicated cycling tracks covering all parts of the Emirate to be used as environment-friendly mobility means or for practicing sport, besides epitomizing RTA's Vision of providing Safe & Smooth Transport for All. "Construction works have been completed in the initial phase of the cycling tracks running 24 km; which included completing the cycling tracks at Jumeirah Street and Street No 7 intersecting with Jumeirah Street and linking Al Mankhool Street in a sector extending 8.6 km. The RTA has also constructed cycling tracks around Mall of the Emirates Metro Station extending 1.5 km as part of Roads Entry & Exit Points Project around the Metro Stations. RTA has also accomplished the allocation of a large number of cycling racks besides the metro stations on both the Red and Green lines out of the total planned 3,000 cycling racks," said Al Tayer in a final remark. Captions: - Mattar Al Tayer - Layout of cycling tracks
Posted by Imre Solt at 10:47 AM