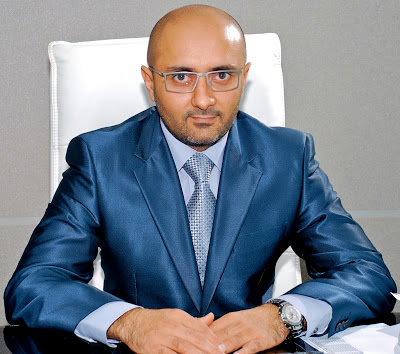 Orion Holdings: Companies are keen to set up regional headquarters or UAE offices in this elegant, world-class business district

Samir Munshi, Managing Director, Orion Holdings, says: “The growing preference for Business Bay from businesses comes on the heels of completion of the several infrastructure projects in this business district, which is regarded the commercial hub of the Emirate.”

Infrastructure in Business Bay is almost ready, which includes roads and traffic signals and connectivity to highways and arterial roads. Also, the landscaping is either completed or underway.

The business district has attracted large multinationals to set up offices. According to the main developer, there are no more plots left in Phase I and Phase II of Business Bay. Boosted by its proximity to Burj Khalifa, Business Bay has emerged as one of the most prestigious business districts in the region. The completed projects in Business Bay show an occupancy rate of 100%.

Silver Heights, the sales division of Orion Holdings, has been one of the active players dealing with commercial properties in Business Bay for the past three years.

Munshi added: “As we have acquired a wide range of office spaces in Business Bay, we are being approached by companies which want to set up their regional offices here, attracted by the world class amenities offered by the district.”

He stressed that Business Bay offers the best business environment to individuals, local and international enterprises. It is a truly world-class development for the business establishments to conduct and advance their business to international heights.

The infrastructure of Business Bay was completed in 2008 and now it is connected to major districts of Dubai through Dubai Metro and RTA Bus service. By year-end, it will be linked to Downtown Dubai through a tunnel. On the other hand, Dubai Electricity and Water Authority is building two new substations, while Empower is developing the second cooling station in Business Bay.

Once completed, the project will have 240 high rise structures, comprising commercial and residential buildings. Among the major projects will be Burj Al Alam – which will be taller than Burj Khalifa -- and Empire Heights, The Signature Towers, The Skyscraper and The Forum.

Business Bay gives the true feeling of Dubai as a metropolitan city. Furthermore, it offers a classy and fulfilling community standard of living to its residents.