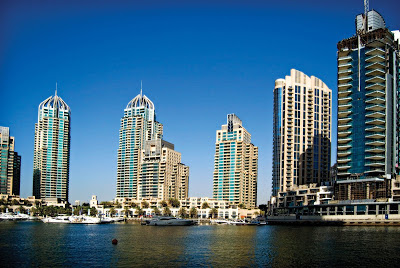 Quality residential developments in Dubai ended 2012 with a strong Q4 performance to put the average annual increases at their highest since 2008. Villa sales prices were up on average 23% year-on-year and apartments made average gains of 14% during the same period. The leasing market was no less impressive, with an average increase across all residential types of 17%.
“The latter half of 2012 witnessed better than anticipated performance in terms of pricing, transaction activity and occupancy as well as new real estate launches,” said John Stevens, Managing Director, Asteco Property Management.

Sales prices for apartments and villas rose by 9% in Q4 2012 alone, fuelled by increased confidence and improved financing. The buyer profile was dominated by self-use and investments for rental income, with expatriates taking a longer-term view of living in Dubai. Interestingly cash buyers outnumbered mortgaged sales.
The areas that came out on top for villa sales year-on-year were the Springs which jumped 38% reaching AED9,700 per square metre; Jumeirah Islands which rose 28% achieving AED12,400 per square metre and the Arabian Ranches which grew 27% to AED10,250 per square metre.

In terms of apartment sales the Palm Jumeirah increased by 27% to AED15,100 per square metre; The Greens followed with growth of 23% at AED10,250 per square metre and Downtown Dubai which recorded an 18% increase, rising to AED14,000 per square metre.
“The recent clarification by the UAE Central Bank that it will not impose any immediate loan-to-value (LTV) caps on UAE banks, suggests that existing LTV ratios are likely to remain unchanged, in which case Asteco forecasts that the sales market will enjoy continued growth in 2013,” commented Stevens.

The residential leasing market also witnessed robust growth across all developments researched with the exception of International City. Increased enquiries pushed demand and prices up by 7% for apartments and 5% for villas in Q4 2012.
In terms of supply and demand, Dubai is still benefiting from the Euro crisis and the Arab Spring as people seek stability and better economic conditions. Mid to high budget enquiries have increased and stock in popular developments is drying up. Indicative of the strength of the market, the take-up time of advertised units has declined steadily over the year.
The highest growth rates year-on-year for villas were recorded in the Springs, where a three-bedroom unit now costs AED140,000 per annum, a 27% increase; Villas in Arabian Ranches rose 25% to AED155,000 per annum for a three-bedroom house. The most expensive area remains The Palm Jumeirah – a three-bedroom villa there costs AED325,000 per annum.

Apartment rental rates grew most in Discovery Gardens, with a 23% increase to AED45,000 annually for a one-bedroom unit; Downtown Dubai followed on a par with 23% growth, a one-bedroom apartment now leases for AED80,000 per annum. International City lagged way behind the 17% average increase managing a 6% increase, putting a one-bedroom flat at AED24,000 per annum.
“If demand continues, we expect to see a shift in the market from being predominantly tenant-led to one controlled by landlords, especially in quality, well managed and established developments,” added Stevens.

In contrast to the residential market, the commercial market saw little movement during 2012. Overall leasing activity improved but actual transaction levels declined during H2 2012. Rates remained under pressure, with the exception of DIFC which recorded minimal growth. Sales prices were unchanged after a period of weak investor interest.
For more details, please visit www.asteco.com