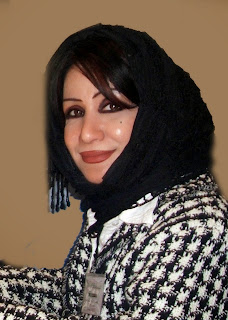 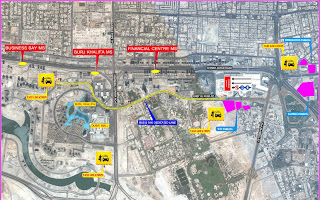 RTA gears up for New Year’s celebrations at Dubai Mall – Burj Khalifa, The Palm Jumeirah
The public is urged to use public transport means during the events

Roads &Transport Authority – Nashwan Attaa’ee:
The Team for Managing Traffic Movement and Handling Operational Plans during Official & Annual Events at the Roads and Transport Authority (RTA) has fully prepared a Master Traffic Plan for the movement of vehicles and public transport means during the New Year’s eve; which is marked by an intense traffic movement, particularly in the surroundings of Dubai Mall – Burj Khalifa and the Palm Jumeirah; which is primed to witness world record-breaking firework displays.
Engineer Maitha bin Udai, CEO of RTA Traffic & Roads Agency cum Head of RTA’s Team for Managing Traffic Movement and Handling Operational Plans during Official & Annual Events, said: “The Team has taken all measures necessary to ensure a smooth traffic movement in the vicinity of the Dubai Mall – Burj Khalifa during the New Year’s celebrations. The Traffic Plan in place features the provision of additional parking spaces & directional signage, and 24 hour operation of the metro from 05:30 am on 31/12/2013 up to 00.00 (midnight) of 01/01/2014. The Dubai Metro will adopt a Skip-Stop operation system i.e. stopping at only one station of the following three stations: Business Bay, Dubai Mall – Burj Khalifa, and Financial Center i.e. the Metro will stop at one of these three stations and skip the other two from 04:00 pm on 31/12/2013 up to 04:00 pm on 01/01/2014 in order to increase the passenger capacity of the three stations. During the period the metro ridership is anticipated to hit 749,842 riders on the Red Line and 359,025 riders on the Green Line.
“We have got in hand a ready & approved plan for managing the traffic movement on the New Year’s Eve and the Traffic Management Team attending to this plan has benefited from last years’ experience. The Team has provided 13,500 additional parking slots near the events area; 8000 parking at Meydan, 2,500 parking at the World Trade Center, 1,500 parking at Residency & Foreigners Affairs Department at Jafliya, and 1,500 parking at Zaabeel Park,” explained Maitha.
“Signage are being set up to show the way to the alternative parking and directing the traffic to the internal roads network at the Business Bay to access the Sheikh Zayed Road, Al Khail Road to ease the pressure on the Financial Center Road. Work is currently in hand in setting up a solid rail in the median of the Sheikh Zayed Road in the sector along the Burj Khalifa and the Business Bay in order to fend off pedestrian crossing and traffic disruption. A bus shuttle service will be operated to lift the public from the eastern side of the Sheikh Zayed Road to the Western side of the Road, light signals on the Financial Center Road & the Mohammed bin Rashid Boulevard will be controlled to ensure the smooth traffic flow during various peak hours, and the Virtual Messaging Signs will be used to alert road users of any road closure as well as directing the public to use alternative locations for parking their vehicles,” she elaborated.
About the services of public buses on the New Year’s Eve, bin Udai said: “60 Feeder Buses will be deployed to serve the users of the Metro, additional parking, and alternative taxi ranks, over and above the existing routes serving the neighbourhood. 15 buses will be deployed to serve Meydan parking, 20 buses to serve Trade Center parking, 15 buses to serve the parking of Zaabeel Park as well as the Residency & Foreigners Affairs Department, and 10 buses will be deployed to move the public from the eastern part of the Sheikh Zayed Road to the Western part of the Road.
Locations of feeder buses have been identified and the principle of dedicated bus lanes will be applied to ease the movement of buses as shown above as well as locations designated for taxi parking and waiting. Buses will be in operation around the clock in a way synchronized with the operation of the metro stations.
Emaar has expressed readiness to bear all operational expenses of above buses, thus riders will be treated to free rides. Public bus ridership is expected to reach 49,920 passengers, and the event held at the Dubai Mall – Burj Khalifa is likely to post a 30% increase in public transport users compared to the numbers recorded last year.
Parking spaces and a dedicated lane have been designated for taxi cabs to facilitate taxi access to the event venue, where two main car parks have been allocated, namely the sandy area of the Business Bay at the end of the tunnel extending from street No. 312 which can house up to 300 vehicles. Both the tunnel and the lane on this street will be restricted to taxis and buses to serve as an express lane from the Trade Center to the event’s venue. The second car park is the sandy area alongside the Financial Center Road, which can accommodate about 500 vehicles. A temporary exit has been set up leading taxi cabs directly from the parking area to Al Khail Road.
Alternative parking spaces have also been designated to accommodate taxi cabs during peak hours at both Trade Center & Jafiliya Station parking lots, besides opening new bus routes to lift passengers to the alternative locations.
Fifty-five Limousine companies will also be invited to offer services to passengers during the event. Taxi cabs are expected to lift 120,400 passengers in 69,000 trips from and to the event’s venue.
During the New Year's Eve celebrations, the Dubai World promises a record-breaking firework shows at the Palm Jumeirah, where fireworks will be displayed all over the Palm Jumeirah. 50,000 viewers are expected to attend the event, including 30,000 people among the residents & visitors of the Atlantis Hotel.
Operational Measures for Managing Traffic Movement at the Palm Jumeirah:
Three checkpoints have been set up as the entry to the Palm Jumeirah on the day will be restricted to residents, invitation & pass card holders, pre-booking holders, taxis cabs and buses; considering that the event organizer will limit access to the authorized personnel only.

Entry to the Palm Jumeirah will be denied to all vehicles including cardholders', taxis cabs and buses at 10:00 p.m. on 31/12/2013 i.e. two hours before the start of firework displays. All roads leading to the Palm from Sufouh Road or from the circular bridges at the Palm's entrance will be closed in coordination with Dubai Police.

Given the lack of parking spaces for such huge attendance inside the Palm Jumeirah and in order to avoid traffic jam in the Palm's internal roads, alternative parking areas have been designated outside the Palm, and accordingly buses will shuttle invited guests and booking holders to the venue. The designated parking spaces are, American University car parks, which hold about 600 vehicles, and the sandy area at the Dubai Internet City, which have space for 1,300 vehicles approx. Atlantis Hotel management expressed readiness to prepare the area and provide all traffic safety means including lighting during the event.
An area along Al Sufouh Road has been designated as a public parking space to enable the public to watch the firework displays. All traffic signals along Al Sufouh Road will be controlled to ease the traffic during peak times.
Concerning public buses service at the Palm Jumeirah area, 40 feeder buses of the Nakheel Harbor & Tower Station will shuttle people between the event’s venue and the alternative car parks mentioned above, where access cards will be checked at the designated parking spaces. The Dubai World has expressed commitment to bear all operation expenses of the above-mentioned bus routes, thus offering free service to the public and facilitating bus riding process.
Moreover, parking lots have been designated for taxi cabs and 55 Limousine companies will be invited to offer service to the public during the event. Taxis on the day are expected to lift 5,200 passengers in 3,000 trips from and to event venue.
The Leader of RTA’s Team for Managing Traffic Movement and Handling Operational Plans during Official & Annual Events said, "The light signals control room will monitor the traffic in the area and the Team will direct it according to the requirements of handling the traffic movement and volume at intersections and streets adjacent to the Burj Khalifa. Variable Messaging Signs will provide guidance to drivers about alternative routes; and operation team members will be available at site to coordinate with the Dubai Police and Emaar to ensure the implementation of the proposed operational plans and carry out the required amendments.
Engineer Maitha bin Udai called upon all community members to use the metro and public transport rather than private vehicles, especially during festivities days held in Dubai, such as for the New Year's Eve celebrations, pointing out that the team's plan had taken into account the demand for public transport and provided whatever required to accommodate the growing numbers of potential riders.
Posted by Imre Solt at 1:09 PM