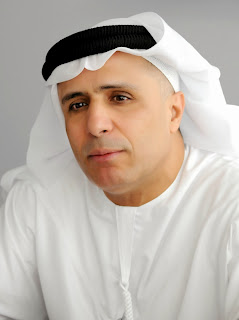 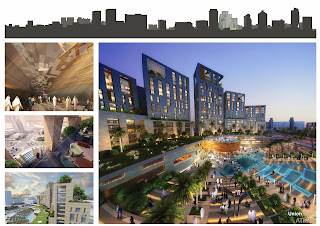 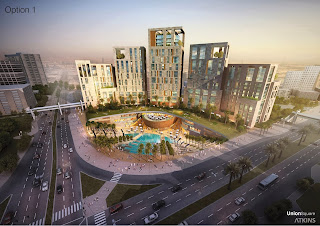 The project is located above Ittihad Station, intended to support mass transit efforts

Roads & Transport Authority – Mohammed Al Munji:
The Roads and Transport Authority (RTA) is today (Wednesday) offering Union Oasis Project for partnership with the private sector comprising the construction of towers above the Metro Station at the Union Square spanning an area of 19,000 square meters to be dedicated for business outlets, restaurants, offices, residences and other uses.
H.E. Mattar Al Tayer, Chairman of the Board and Executive Director of the RTA, said: “The project is aimed to raise the efficiency and users of mass transit systems through re-planning of districts around the metro stations. The project will contribute to augmenting the ridership of the Dubai Metro and develop as well as landscape the urban environment in the vicinity of Al Ittihad Station.
“The public transport oriented development at Al Ittihad Square is set on the model of the Public Private Partnership (PPP) between the RTA and a private developer to be selected in a public tender as per the contractual principles of the PPP. The private sector will be able to blend the developmental & operational expertise with the business acumen to determine the exact concept and development aspects in accordance with the vision and objectives of the RTA for the location. The promotional campaign of the project will be kicked off on Thursday.
“The Union Square Project will be first Transit Oriented Development (TOD) destination in the region and a landmark destination for the residents and visitors of Dubai. The TOD has brought about multiple The TOD concept has many success stories in Europe, Asia and America, bringing benefits to the communities, regenerating areas and creating positive commercial impact for those districts,” said Al Tayer.
In developing the project around the Union Square, the RTA will take into consideration international best practices with regards to design of transit-oriented communities and will enhance them in consideration of local and regional context and requirements, besides establishing a multi modal transit center which will boost the business of Deira area.
“The TOD provides low cost transit networks and services which will enable the residents to move around smoothly in various Dubai districts besides raising the return on investment from transit projects undertaken by the Government.
“The project focuses on providing high-class residential and office environment characterized by pedestrian-friendly raods, greens, vital utilities, retail outlets among others. The high population density in the project will contribute to supporting RTA drive towards encouraging the residents to use public transport means, besides providing an enjoyable avenue for residents and visitors alike.
Captions:
Mattar Al Tayer
Posted by Imre Solt at 4:50 PM