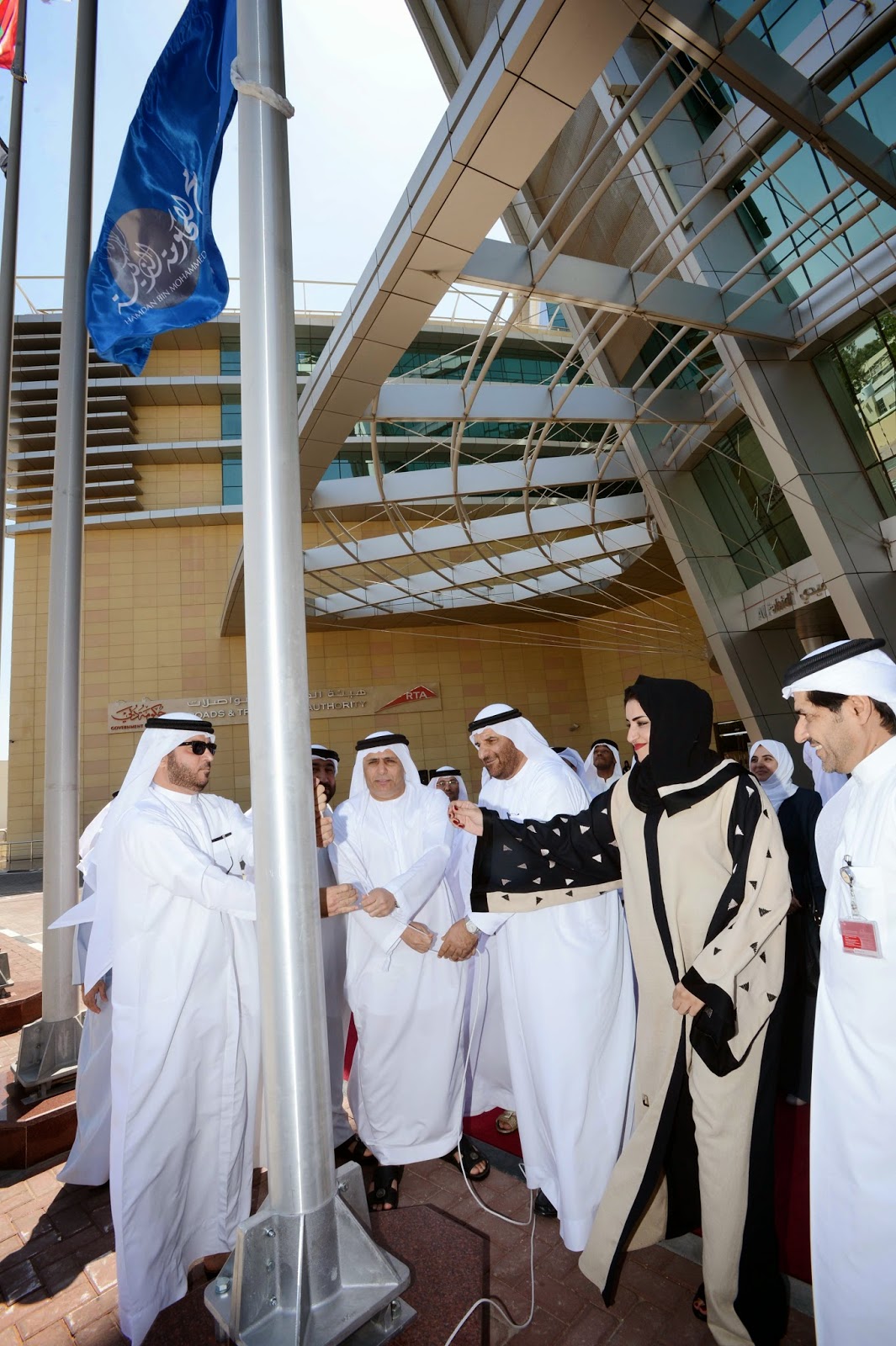 HE Mattar Al Tayer, Chairman of the Board and Executive Director of the Roads and Transport Authority (RTA), along with HE Abdullah Al Shaibani, Secretary-General of Dubai Executive Council, raised the flag of Hamdan Bin Mohammed Smart Government Program at RTA’s Headquarters at Umm Al Ramool, and the RTA will have the privilege of raising the flag for a full year.

The flag-raising ceremony was attended by a number of RTA’s executives and directors, in addition to scores of officials from the Dubai Executive Council.

Al Tayer was delighted to raise the flag on RTA’s Head Office as it bears the name of His Highness Sheikh Hamdan bin Mohammed bin Rashid Al Maktoum, Crown Prince of Dubai and Chairman of the Executive Council.

The RTA scooped the lion’s share in the key awards of Hamdan Bin Mohammed Smart Government Program, winning five awards in the program’s various categories, including the Key Award for its Express Metro Initiative in the best category according to a public vote. The RTA also won the Best Partnership with the Public Award for NOL Card Recharge Service, along with the Best Partnership with the Private Sector Award for the Renewal of Less Than Three-Year Old Vehicles Service, in addition to the Best Government Service for the Express Metro Initiative, and the Best Service via Smartphone for Wojhati Application.

“The RTA has made ​​great strides in the implementation of the roadmap for migration from the e-government to the smart government platform, in implementation of the initiative launched by His Highness Sheikh Mohammed bin Rashid Al Maktoum, Vice President and Prime Minister of the UAE and Ruler of Dubai, calling for migrating from e-government to Smart government mode where services are made available via mobile phone, 24/7 throughout the year.”