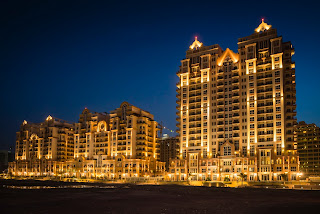 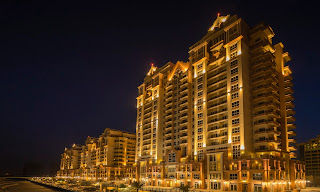 Dubai: Dubai Sports City is all set to start the handover of apartments this week within its latest flagship development – Canal Residence West’s Venetian building.
It follows the successful completion of the first phase of hand-overs involving Canal Residence West’s European and Mediterranean Buildings and further builds on the population at Dubai Sports City where an extra 5,000 residents are expected to move in over the next 12 months.
Dubai Sports City President Khalid Al Zarooni said the occasion was the perfect illustration of the way the world’s first integrated sports city was continuing to move forward at a rapid pace.
“The handover of apartments within the Venetian building of Canal Residence West is an extremely proud, pleasing and exciting occasion for everyone at Dubai Sports City,” he said.
The 274 Venetian units include studio, one, two and three bedroom apartments and are finished to an extremely high standard as well as offering numerous amenities including a swimming pool, gym and sauna facility.
During the course of the summer the Canal Promenade retail outlets will be completed, as well as a health centre and restaurants, further enhancing the environment for residents.
“Each apartment in Canal Residence West comes with the superb benefits of living within Dubai Sports City,” Al Zarooni continued. “Those benefits include the fact that residents have a superb community lifestyle, with The Els Club, including its championship golf course and multiple dining options, on their doorstep, together with a range of nurseries and schools that cater for all ages.”
Those lucky enough to live at Canal Residence West are just a stone’s throw away from the ICC Academy, the Dubai Sports City Football Academy, the Sports Village and Fit Republik, a premier fitness facility in the region, which includes an Olympic-sized swimming pool and gymnastics area.
The DSC Football Zone, featuring Kickers Sports Bar and Champs Restaurant, is overseen by former Real Madrid and Spain legend Michel Salgado, and includes the Spanish Soccer Schools coaching programme that won the Gold award for Best Youth Development Programme at the Sports Industry Awards in Dubai in March.
Also close at hand are the Butch Harmon School of Golf and The Els Club, the 18-hole championship golf course designed by multiple major winner Ernie Els and the location for last December’s Dubai Open, the final event of the 2014 Asian Tour.
The Els Club includes multiple dining options, including the 261 Restaurant and The Big Easy Bar and Grill.
And for residents with young families there are plenty of schooling options, with Bradenton Preparatory Academy, an American curriculum school managed by GEMS Education that has been open since 2009, the Victory Heights Primary School and two Wonder Years Nursery schools.
DSC Chief Financial Officer Vijay Sajjanhar added: “Dubai Sports City is going from strength to strength and this handover of Venetian apartments is the latest illustration of that fact.
“Also moving forward at great pace is the Fortuna Village development, the eighth residential area within Victory Heights, the villa community that fringes The Els Club, and that development is on target for completion early next year.
“Everywhere you look, things are happening, and the fact that properties within Dubai Sports City offer one of the best returns on investment of anywhere in Dubai is another reason for people to look at what we have to offer.
“With a fantastic road and transport infrastructure around our location, situated on the Sheikh Mohammad Bin Zayed Road corridor, and just minutes from the Al Maktoum International Airport and the site of Expo 2020, Dubai Sports City really is the place to be.”
Anyone interested in enquiring about properties within Canal Residence West or any of Dubai Sports City’s developments can call +971 4 425 1111, email info@dsc.ae or visit www.dsc.ae.
About Dubai Sports City
Dubai Sports City (DSC) is a 50-million square feet mixed use development that is the world’s first integrated purpose-built sports city. The development is being built around five major sports venues and features a series of major sports academy facilities.
Among the star attractions are the 25,000-seat capacity Dubai International Stadium which has staged more Twenty20 International cricket than any other venue in the world; an 18-hole championship golf course, The Els Club – Ernie Els’ first golf course design concept in the Middle East – that hosted the Asian Tour’s 2014 finale, the Dubai Open, together with its state-of-the-art Clubhouse including multiple dining options; the International Cricket Council (ICC) head office and the ICC Academy with its state-of-the-art indoor and outdoor facilities, including two floodlit full-sized ovals: the Dubai Sports City Sports Village that includes a full-sized FIFA-approved indoor football pitch (believed to be the only one if its kind in the UAE) within the Indoor Dome, which is home to Spanish Soccer Schools runs by former Real Madrid and Spain legend Michel Salgado and includes outdoor grass and artificial turf pitches; Fit Republik, with the only permanent fully Olympic-equipped gymnastic arena in the UAE and an Olympic-sized swimming pool; and the Butch Harmon School of Golf, with world-leading coaches and facilities.
The Victory Heights golf course villa community, set on the fairways of the prestigious Els Club golf course, is thriving and expanding with the addition of an eighth community, Fortuna Village, and also located in DSC are the Bradenton Preparatory Academy, an American curriculum school managed by GEMS Education that has been open since 2009, the Victory Heights Primary School and two Wonder Years Nursery schools.
Access to Dubai Sports City is now easier than ever along the Hessa Street extension and public transport includes the F29 bus that runs to and from the Mall of the Emirates.
Posted by Imre Solt at 9:46 AM