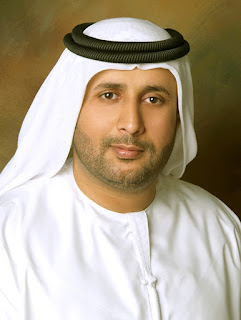 Empower said its pipeline network is among the most efficient globally, because the company has strategic tie-up with some of the world’s major suppliers of pre-insulated pipes, a critical element in district cooling systems. One of the suppliers is ELIPS, located in Jebel Ali, in which Empower holds major share. In 2010, Empower found an alternative solution to importing supplies of pre-insulated pipes through ELIPS, which manufactures pipes of similar high standards.

“Every time we launch a district cooling service in a new area of Dubai, we go an extra mile to raise the standards of service,” added Bin Shafar.

“Empower’s district cooling systems provide effective and efficient means of air conditioning. Water is cooled in central plants and distributed through a network of piping systems to individual customers in different buildings. We have expanded the pipeline network proportionate to the growth in areas we cover and opened new cooling plants. We have been successful in commissioning district cooling projects on schedule, because we have control over the supply of the all-important pre-insulated pipes,” added Bin Shafar.

Empower have strong expertise in technical aspects of district cooling systems, including design and supervision of cold water pipeline networks, in addition to implementation of the central tasks in district cooling stations.