Advertising Takes A Ride On The Dubai Tram 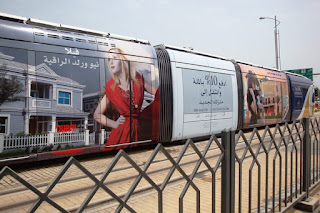 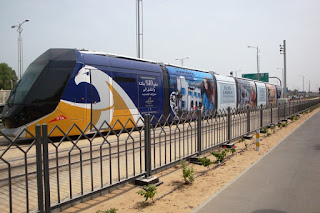 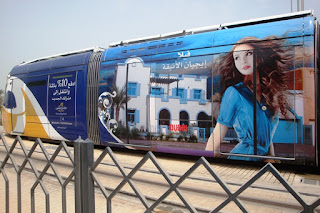 Advertising Takes A Ride On The Dubai Tram

7th July 2015: Venture Communications, part of Verse Group, a full-fledged communications agency located in Dubai, launched a tactical advertising campaign for Falconcity of Wonders on the Dubai Tram, the newest media vehicle in Dubai City. Being the first real-estate company to advertise on the tram, the main aim of the campaign is to connect in a distinctive way whilst reaching out to the brand’s desired target audience.

With a vision to create a new wave of awareness, Venture Communications marketed Falconcity of Wonders ‘Western Residence’ featuring their key villas- Aegean Villa, Santa Fe Villa and New World Villa. The new outdoor campaign includes branding on the entire Dubai Tram promoting their offer of pay only 10% and move into a home in Western Residence. The campaign’s idea focused on appealing to women was executed after a well thought-out plan backed by research data of how UAE women play an important role as the decision makers in buying their dream home. The concept using the Dubai tram also centers on the fact that it runs across one of the most sophisticated, upmarket areas of Dubai which hosts a lot of high-end consumers, expats and business personnel, who formulate the vital legion of Falconcity of Wonder’s audience.

Venture Communications is the brain child behind this campaign who carefully examined the key objectives of the brand and how to effectively reach out to the target audience. The agency has always been at the forefront of using creative and original media solutions for their clients. Venture Communications is previously known for their campaigns that focused on a series of advertisements on cars convoys for a luxury watch brand and also, the first agency to use Dubai air conditioned bus shelters for an IFD drink brand. The agency added another feather to its cap with this new campaign for Falconcity of Wonders that aimed at a new and innovative advertising vehicle in Dubai to grab the attention of the target audience in the most inventive way possible.
Posted by Imre Solt at 9:26 AM