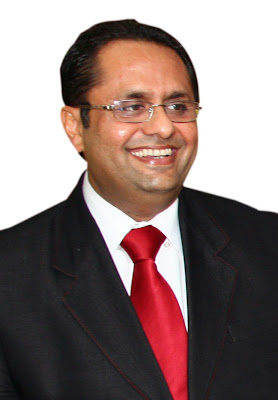 Danube Building Materials FZCO, the leading player in the building material, interior decoration and shop fitting industry, has reported annual revenues of AED 1 billion in 2009, despite the challenges the construction industry faced in the past year due to the global economic slowdown. The company has also announced its goal to achieve 50 per cent growth in 2010, as well as plans to open at least 12 more showrooms in malls and stand alone outlets across the region. Danube is especially upbeat about the first quarter of the year, stating its aims to secure 30 per cent out of its 50 per cent annual growth target within this period.

The company has been significantly active in several high profile projects, having been involved in the construction of the Yas Island development, Dubai Airport Terminal 3, Meydan Race Course, Dubai Sports City, Motor City, Emirates Golf Course, Palm Jumeirah, and the Burj Khalifa. Danube’s strength was also underlined by its stability throughout the year, and while it did not register significant growth in 2009 compared to the 70 per cent it achieved from 2007 to 2008, the company has successfully buffered itself from the effects of the recession.

“The GCC was an important market for us in 2009, considering the developments that transpired in the region despite the recession. In 2010, we are confident that it will be easier for us to boost our business and achieve our targets given that the impact of the global financial crisis has not been as severe in the region as in other part of the globe,” said Rizwan Sajan, Chairman, Danube Building Materials. ”We are currently undertaking expansion initiatives in Jeddah, Saudi Arabia, and planning on venturing into Riyadh and Dammam, as well as further into Qatar, India and the African region by way of franchise agreements and dealer networks, and we are confident that we will realise the goals we have set for this year.”

Despite the crisis, Danube has been continuously undertaking expansion efforts, the most significant of which was the introduction of ‘Danube BUILDMART’, a retail complex that offers a personalised shopping experience with excellent service, design assistance, and inspiration to help people redecorate their homes. At present, there are seven retail outlets in total under the ‘Danube BUILDMART’ banner in GCC, including one recently opened centre in Fujairah and ‘Danube BUILDMART’ complexes in Ras Al Khaimah, Dubai, Abu Dhabi in the UAE and in Bahrain and KSA.

“Our commitment to the UAE market is underlined by our continuous expansion efforts, which is aimed at addressing the building materials requirements of our customers across the emirates. We have not been deterred by the challenges of the economic downturn, and with the impending recovery of the market, we are confident that we are headed towards further growth,” concluded Sajan.

Established in 1993, Danube Building Materials FZCO provides more than 15,000 products in stock and in-house value added services in all of its 14 showrooms across the UAE. The company operates from its head offices – a 285,000 square foot facility in Jafza north and a 365,000 square feet base in Jafza south, which houses its logistics centre, kiln drying facility, factory and warehouses. From a small trading firm, Danube has grown into one of the largest building materials company in the region, with eight branches in the UAE, two in Oman, one in Bahrain, two in China and one in India. Danube has a team of 1000 people working from strategic locations in across the Emirates, including Jebel Ali, Deira and Abu Dhabi. The company has been and is currently involved in major projects across the UAE, Oman and Bahrain, including Emirates Hills, the Burj Al Arab, Shangri-La Hotel, Grand Hyatt, Motor City, Burj Khalifa, Dubai Airport Terminal 3, Yas Island, Reem Island, Saadiyat Island, and Al Raha Beach Hotel, among others.
Posted by Imre Solt at 7:44 PM