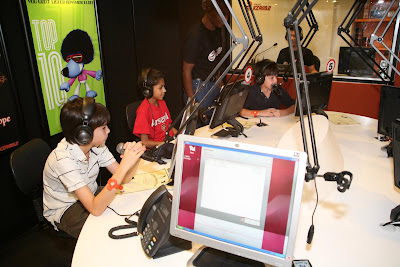 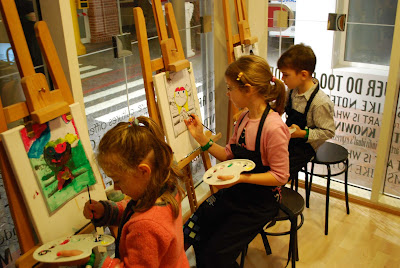 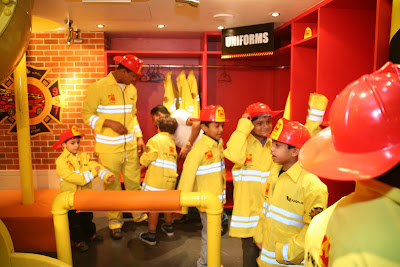 “What is your ambition?” asks the teacher to her class of tiny tots. The replies are predictable, yet in tune with the times: “Policeman, fire-fighter, beautician, teacher, reporter, doctor, engineer…”

For the tots, their dream career is many years away in real life.

The dream to wear that cabin crew uniform, to don a doctor’s coat, to work on cranes, to speed down a race track, to take a piece-to-camera live for television, however, can get real, right now, with only a ride to The Dubai Mall.

Unique to the entire Middle East region and the Indian Subcontinent, KidZania® is an award-winning concept, originally launched in Mexico in 1999.

It accurately reflects the workings of a typical city through paved streets, vehicles, a functioning economy, and recognizable destinations in the form of “establishments”.

Here, as in the real world, children perform “jobs” and are either paid for their work or pay to shop or be entertained. The money is in KidZos, the official currency of KidZania®, and is recognized in other KidZania’s around the world.

Air travel is the common mode of transport when travelling to another country, and as KidZania® is a “nation” created by and for children, the entry simulates an airport counter for kids to begin their journey to the nation that they can call and identify as their own.

The entrance to KidZania® is unmistakable with a real Emirates aircraft and airport-style check-in counters welcoming the children.

At ‘check-in’, children are provided with a Boarding Pass, a city map and a cheque for 50 KidZos. These KidZos can be used to buy goods and services; or can even be saved at the bank inside KidZania®, which will provide them with an ATM card too.

KidZania® opens to a courtyard featuring the ‘Independence Fountain’. The KidZania® tradition is that children throw a coin backwards into the fountain for good luck in their first ‘independent journey’ to adulthood.

The 80,000 sq. ft venue spread over two levels is scaled down two-thirds in size and, combined with the immaculate layout, makes a strong imprint in the minds of visitors.

For all practical purposes, this is a living community – with newspaper office, radio station, banks, couriers, university, hotels, perfumeries, salons and jewellery shops, among others.

Although children are the protagonists here, they are guided in each activity by ‘Zoopervisors,’ the trained KidZania® staff. Based on their inclination and preference for any job, children take up employment with one of the establishments.

They adorn uniforms that reflect the nature of the profession in each establishment, and undertake real-life tasks: cub reporters write out stories for the KidZania® Journal; beauticians give customers a beauty makeover; fire-fighters put out ‘fires’; detectives patrol the streets; cabin crew tend to ‘airline passengers’ and chefs cook up delicious meals. At the end of their ‘work’, the child professionals are paid a salary in KidZos.

KidZania® strikes you for the sheer thought process that has gone into this city’s creation. Children will be spoilt for choice, deciding whether to take up a DJ’s job at the console or serve as a courier, delivering letters from one establishment to another.

The more culturally oriented can head straight to the theatre, where there is an audition for a live performance, and even an Acting Academy. Emaar University grants the children with certificates provided they take the initiaive of ‘passing’ a few exams. Earning their degrees enables them to pursue “higher paying” jobs within KidZania®, thereby enforcing the value of education.

In tune with the cultural ethos of Arabia, KidZania® also offers children the opportunity to work in a perfumery and create new perfumes.

Children can take up driving lessons, obtain a licence and drive vehicles. There is a dedicated race track, a climbing building and a hotel in flames, which will be doused by daring young ‘fire-fighters.’

Most of the outlets are branded by local establishments thus giving a touch of familiarity to children.

For the toddlers, is the dedicated Urbano’s Residence, which features five rooms with soft toys and specially designed activities including a puppet theatre and story-telling sessions.

All children – at KidZania® including Urbano’s Residence – are provided Remote Frequency wristbands to monitor their activities, thereby reassuring parents of their safety at all times.

If you are in KidZania® you also better learn its lingo: Here, you do not say ‘hello’ or ‘hi.’ People greet each other with a ‘kai.’ If you go open-mouthed and want to let out a ‘wow,’ hold your horse: Here, it is ‘Zaz!’

‘Kool’ is cool in KidZania® land, while your pal is ‘Kal,’ and See You is ‘Z-U.’ And that ubiquitous expression the little ones make these days, ‘Whatever…’ is ‘Zzzzzz’ in this nation of children.

KidZania® indeed is about children discovering the experience of being adults, and for adults, watching the thrills and cheer of their children, a return to the indulgence and delights of childhood.
Posted by Imre Solt at 1:21 PM

Email ThisBlogThis!Share to TwitterShare to FacebookShare to Pinterest
Labels: KidZania, the dubai mall