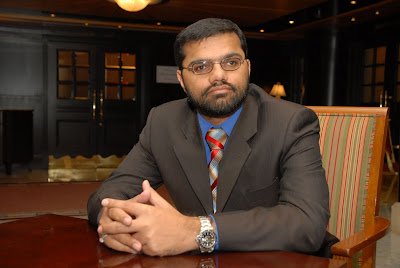 Leading developer stands firm on commitment to complete AED 1.34 billion worth of projects

Memon Investments, a leading Dubai based property developer and part of the multi-billion dollar international business conglomerate, the Shaikhani Group, has reported that construction activity on all of their current line of projects are still ongoing despite the global downturn which has affected the regional real estate sector. The announcement follows the recent release of a Proleads report that states that 38 per cent of the UAE’s construction and development projects are currently inactive. The country’s residential sector, which comprises of 682 projects valued at USD 306 billion, represents 62 per cent of construction projects in the UAE. Memon’s current portfolio, which is currently valued at AED 1.34 billion, consists of high profile residential development projects like the ‘Frankfurt Sports Tower’ and the ‘Champions Tower’ series.

According to a recent report released by UAE-based research firm Proleads Global, a total of 1,296 projects valued at more than USD 418 billion are currently being built in the UAE, with an additional 303 projects worth USD 143 billion already in the design, planning and or bidding stage. However, the report also stated that 38 percent of these projects have ceased construction and have become inactive as a result of the global financial crisis. As one of the very few developers to maintain continued construction activity, Memon Investments remains steadfast in its commitment to complete and deliver all of its projects through the support of satisfied customers. The developer is also confident that its current portfolio of projects will provide buyers a wide range of investment options that offer excellent return potential.

“Many promising construction projects in the UAE have ceased development and construction activity as a result of the global financial crisis, “ said Ahmed Shaikhani, Managing Director, Memon Investments. “Memon Investments is glad to report that it is continuously moving forward with all of its projects. Despite the recession, we have managed to stay afloat by adopting strategic initiatives and practices. Rest assured, we stand firm on our promise to complete and deliver our projects in accordance with the expectations of our discerning clientele.”

Memon Investments recently announced that it has already crossed the halfway mark for ‘Champions Tower II’ (CT II) and ‘Champions Tower III’ (CT III), two of its prime residential projects located in Dubai Sports City. Construction has reached the 9th floor in CT II, with the developer preparing for the next slab and block work has also been done till 6th floor; while the 10th floor in CT III has already been cast. Leading MEP contractor Anwar Al Aqsa has been awarded the contract to manage the electrical, plumbing, fire alarm and fire fighting installations, while ETA MELCO has been commissioned to install six high-speed, state-of-the-art Mitsubishi elevator units for both towers. As construction progresses rapidly, the developer is currently looking to award contracts related to the finishing and facility management to credible partners in the UAE.

“We are very pleased to share that both of our Champions Tower projects have already crossed the halfway mark and we expect to complete both projects fairly soon. Awarding various contracts to some of the UAE’s leading contractors and MEP companies has largely contributed to the fast-paced construction of both towers. Similarly, implementing a sound project management plan has played an important role in our efforts to maintain continued construction activity. Our strong commitment towards customer satisfaction continues to provide us with the confidence and inspiration to finish all of our projects scheduled deadlines”, concluded Shaikhani.

About Memon Investments LLC
Founded as the property development arm of the international business conglomerate, the Memon Group of Companies, Memon Investments has grown to become a leading property player in the region offering a diversified portfolio of premium property projects. Guided by a tradition of excellence, the developer’s intense focus lies within its core competencies, specifically acquisition, design and development, consultancy, leasing and management of properties. Leveraging the Memon Group’s extensive real estate development experience, Memon Investments’ UAE portfolio comprises of prestigious residential projects including ‘Champions Towers I, II, III, and IV’ and ‘Frankfurt Sports Tower I’ in Dubai Sports City; ‘Gardenia I & II’ in Jumeirah Village, and its inaugural commercial venture - ‘Cambridge Business Centre’ in Dubai Silicon Oasis, all of which embody the developer’s trademark top-notch quality and uniqueness.

Having delivered over 30,000 units across the globe with a presence in 90 countries spread across Asia, Africa, Middle East and Europe, the Memon Group of Companies is presently commemorating its 30th year of delivering unique offerings and services to its global customers. In addition to its extensive expertise in the real estate market, the Group has also built a strong reputation for its unwavering support for various causes such as poverty alleviation, environmental conservation and academic development. As a socially-aware international corporation, the Group has devoted 19 years in support of the Rabia Charitable Foundation and the Rabia Relief Fund.
Posted by Imre Solt at 7:13 PM