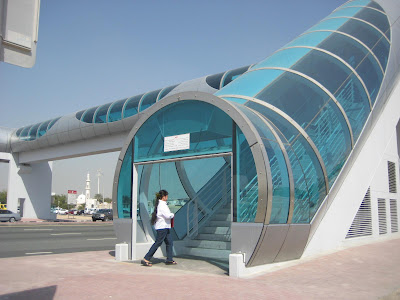 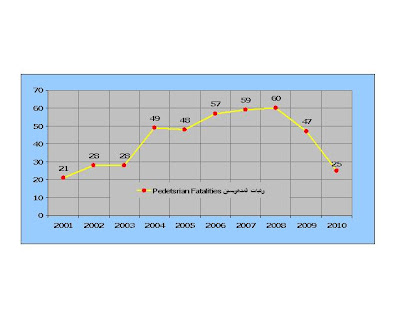 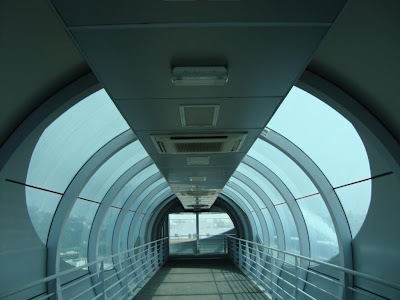 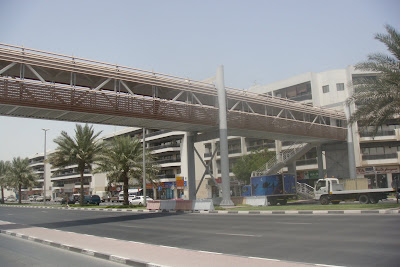 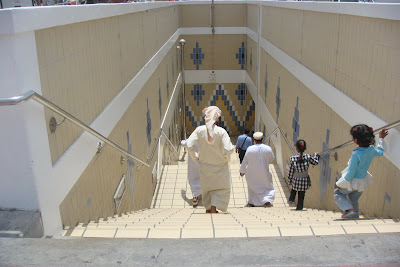 Pedestrian fatality accidents in Dubai have touched a record low average in the first half of this year dipping to 25 cases compared to 47 cases in the same period last year; recording in the process a 47% drop rate from last year’s level where pedestrians fatality rate dropped by 33% from the level prevailing in the year before, according to the statistics compiled by the Roads & Transport Authority (RTA). These statistics also showed that run-over accidents have hit an all-time low during the last 5 years as the resulting fatalities have not exceeded 78 cases whereas the number of reported run-over fatalities in the year before was 116 cases.
Commenting of these figures engineer Maitha bin Udai, CEO of RTA Traffic & Roads Agency, said that pedestrian safety indicators in Dubai reflected a huge progress in the plan of Traffic & Roads Agency regarding the enhancement of pedestrian safety and curbing of run-over accidents in Dubai. “Last year witnessed several field measures and joint awareness efforts to curb pedestrian accidents; which ranked amongst the most serious challenges facing traffic safety specialists,” she said.

The CEO of Traffic & Roads Agency attributed the drop in mortality rate to a host of measures introduced by the RTA as part of its traffic safety plan through constructing footbridges & subways, identifying & marking crossing points, and rolling out educative traffic awareness campaigns. Contractors and consultants had also been ordered to deploy vehicles to shuttle their workers between the two side of the road to avoid road crossing and accordingly risking their lives. “Pedestrian accidents in Sheikh Zayed Road plummeted by 83.4% over last year with only two fatality accidents reported compared to 12 fatality cases in 2008; which is attributed to the operation of three footbridges linking with the metro stations. In Damascus Road, pedestrians fatalities dipped by 75% from 4 cases in 2008 to one case in 2009 following the opening of 3 footbridges on the same Road. Similarly pedestrian fatalities on Amman Road dropped by 40% upon construction of two pedestrian crossing points and distinguishing them with white markings plunging from 5 cases in 2008 to one case in 2009.

Maitha continued: “Over the last year, Traffic & Roads Agency was engaged in addressing more than 7 blind spots witnessing recurrent run-over accidents in some parts of the city such as Al Qouz, Al Wasl and the Service Road of Sheikh Zayed Road.
“The RTA-lead awareness efforts made in conjunction with its strategic partners with the aim of improving traffic safety levels across the Emirate so far seem successful and moving on the right track, judging by the previous figures & indicators. Through its concerned Department and implementing traffic safety measurements, RTA managed over the last three years to make headway in reducing traffic fatality rates each and every year. Consequently, traffic accidents mortality rate in Dubai dipped from 332 cases in 2007 to 294 cases in 2008 and plummeted further to its least level over the last four years during last year which witnessed 225 fatalities,” explained Maitha.

She cautioned that it would be difficult to achieve positive results in improving traffic safety levels or have an effective impact on drivers’ attitudes unless the community members respond and react to those efforts. Accordingly, the success made by a part of the awareness programs which contributed to a reduction in fatality rates is attributed to the contribution of RTA strategic partners and the public who reacted to them, be it in terms of compliance with the educative directives and tips, or enhanced compliance with the traffic rules.

Maitha elaborated on traffic awareness efforts and said: “RTA efforts, which contributed to achieving the required harmony between the official efforts and the community response, have benefited from the successful international practices and experience accumulated over RTA lifetime spanning 4 years in line with the plan encompassing awareness efforts and several site measures taken by Traffic Department. During the last two years, RTA embarked on an ongoing process spanning three key thrusts; namely running traffic & safety engineering as well as enforcement-related educative campaigns, launching traffic awareness drive in schools, and educating the students on the key traffic safety principles.

“Specialists of Traffic & Roads Agency were keen on implementing world-class standards in designing and upgrading roads and pedestrian walkways, and providing sufficient numbers of pedestrian footbridges & subways along with urging the public to use them. Currently there are 14 subways and 18 footbridges in place, including three glazed bridges constructed by RTA over the last three years in addition to those footbridges linking with most of the metro stations. Pedestrian tunnels and bridges spread all over Dubai, particularly in areas witnessing intense pedestrian movement such as the abra area and Deira Corniche. Besides that, RTA is aspiring to double the number of pedestrian bridges and tunnels by 2013.

“The most prominent issue standing in the way of traffic awareness drive is the ignorance of several individuals, particularly among Asian workers, of traffic safety principles. So the biggest challenge is to educate them on the importance of using safe means, such as pedestrian crossings, tunnels and bridges, to avoid run-over accidents. For this purpose RTA held last year several meetings with its strategic partners that yielded the launch of three awareness campaigns about pedestrian crossing & cyclists targeting more than 75,000 workers. The Campaign comprised delivering lectures in Arabic, English and Urdu, distributing thousands of brochures and hundreds of posters as well as a special booklet about the right of pedestrians in crossing. The events covered workers density areas such as Jebel Ali and Al Qusais and indicators revealed that there was a 31% decline in the run-over accidents in areas where the events were held.

“In 2009 schools witnessed active traffic awareness activities and the main highlight in this regard is that Dubai was free from children run-over accidents by school buses last year compared to one run-over accident recorded in the year before; which bears reference to the success of the traffic awareness effort in this field. Part of this success is attributed to an educative program run jointly with Emirates Transport and Johnson & Johnson dubbed as School Bus Program; which is a school bus featuring an eye-catching & convenient internal and external design customized for children with a view to giving youngsters at nurseries and primary grades a practical exposure on how to board and alight from the bus in a proper and safe manner, and how to cross the road and avoid run-over accidents by adopting the Golden Rules. The program managed to cover 74 schools last year. There were also traffic campaigns oriented to students, parents and those working in the field of education. In the beginning of the academic year 2009/2010 RTA rolled out an educative drive in collaboration with the Ministry of Interior under the theme: Safe Student Transport during which it distributed more than 130,000 copies of School Transport booklet which was compiled by RTA Public Transport Agency, and currently we are gearing up for an eventful program to welcome the new academic year 2010/2011.
“The fall in pedestrian fatality rates in Dubai brings fresh challenges to those concerned with traffic safety in Dubai highlighted by the need to maintain the progress made last year; which warrants redoubling our efforts and moving ahead with the plans which proved successful in realizing RTA vision of: Safe & Smooth Transport for All,” said Maitha bin Udai in a concluding remark.
Posted by Imre Solt at 1:56 PM