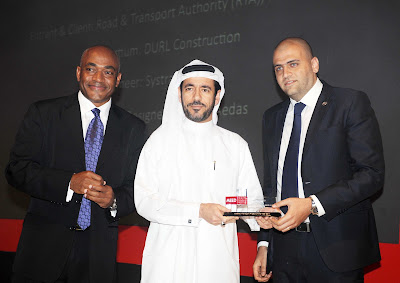 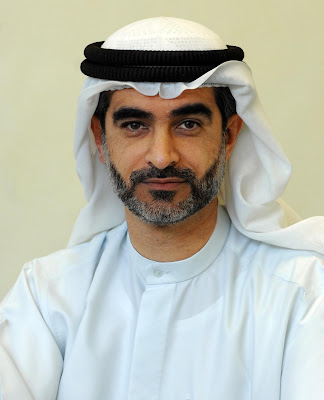 The Dubai Metro has scooped The Best Transport Project Quality Award in the Middle East in the award ceremony held for the first time by MEED in the GCC countries in recognition of the excellent projects in the region, and a testament to the fact that the Dubai Metro has realized the excellence and privacy standards required for users. The Award boosts the value, culture of excellence and quality of projects, offers participants exposure to the best practices in all GCC countries in the fields of building, urban construction, engineering, sustained development, architectural engineering, and economic & social planning.

The above announcement was made in the Awards distribution ceremony held at the Dubai International Financial Center in the presence of an elite bunch of executives and representatives of leading private sector organizations in the region.
The CEO of Rail Agency, Roads & Transport Authority (RTA) Adnan Al Hammdai, praised the new achievement made by the Dubai Metro for scooping this prestigious Award; which is held for the first time in the GCC region and by a world-class entity. He stated that such achievement did not come out of the blue, but as a result of prolonged processes, efforts and plans in order to identify the best global rail practices.

“We have been keen on adhering to the Vision of HH Sheikh Mohammed bin Rashid Al Maktoum, Vice-President and Prime Minister of the UAE and Ruler of Dubai, at the design phase of the metro; stressing the need of a striking a blend between excellence & privacy, particularly as Dubai accepts nothing short of excellence in all fields and achievements,” said Al Hammadi.

“This Award adds to a host of great awards scooped by the Dubai Metro since opened in 2009 as it won the Cityscape Award, Gulf Traffic Award and the Best Infrastructure Project from the Middle East Architectural Competition,” he added.
The CEO of Rail Agency praised H.E. Mattar Al Tayer, Chairman of the Board and Executive Director of the RTA, for the ongoing encouragement of departments and agencies to take part in such key international competitions capable of boosting its standing among others; which results in a moral reward to all contributors to this great achievement.
Afterwards, Competiti
ons & Awards Team, Rail Planning & Development Agency managed from inception to adopt sound planning management; which qualified the Rail Agency to land many important awards not only at the local but international level.