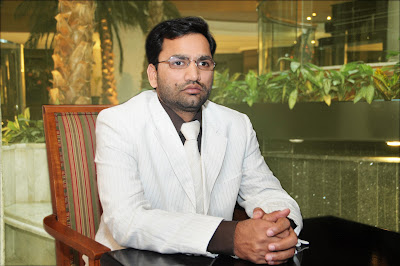 Shaikhani Contracting, a part of the Shaikhani Group, a multimillion dollar international business conglomerate with interests in real estate development, trading, manufacturing and IT, has announced its plans to fast track its strategic expansion efforts across the Middle East in 2011. The move to expand highlights the company’s aim to maintain its leadership and strong market presence in the Middle East region - initially looking at key projects in Saudi Arabia, Qatar and Oman and later reaching out to other countries in the GCC. Shaikhani has also expressed interest in possible opportunities in Africa, which according to company officials is the continent to watch for and is expected to enjoy annual growth over the next 20 to 25 years.

Shaikhani Contracting is preparing to expand its brand portfolio while at the same time increase its footprint into newer markets - diversifying extensively in regional and local infrastructure activities. The move also signals the continuation of the company’s efforts to recruit fresh new staff and further strengthen the company’s current workforce. The leading contractor is open to signing joint venture agreements with like-minded companies to help develop a working mechanism that can deliver best results to its customers.

“The Middle East region’s construction and development industry is moving at a rapid pace that has allowed for increased activity in the region,” said Rizwan Shaikhani, Managing Director, Shaikhani Contracting. “This heightened activity has allowed Shaikhani to look towards accelerating its expansion plans for 2011 and look towards expanding into newer markets in the GCC and in the North African regions - aiming to showcase the Shaikhani brand to newer heights and to allow us to live up to our reputation of working closely with our clients, consultants, architects, developers, partners and associates.”

The company has revealed that the region’s bid towards recovery has created an influx of projects across all industries - primarily putting the Middle East on the path towards growth and development. The construction industry alone has either resumed development on once stalled projects or has already started with new ones - Saudi Arabia offering the most potential followed by the UAE, Qatar and Kuwait. The promise of continued growth in the construction sector remains firm due to the strong support by the Dubai Government. A report from Bloomberg indicates that growth in the UAE is set to accelerate at 3.2 per cent; marking a strong increase from 2.4 per cent in 2010. The increase is due to the recovering efforts being made by the country’s non-oil businesses. Another report from the Dubai Chamber of Commerce and Industry reveals that contractors are now aiming to secure more contracts in the UAE, which is still the largest construction market in the GCC with over USD 714.8 billion worth of projects in progress or in the planning stages.

“Shaikhani has managed to consolidate its leadership in the region’s real estate segment through its strategic approach of highly dedicated customer service and strong attention to meeting set project deadlines. We remain steadfast in our commitment to meet the growing demands and requirements of the region’s construction industry and to continue developing world class projects for the Middle East,” concluded Shaikhani.

About Shaikhani Contracting
Shaikhani Contracting is a proud subsidiary of the international business conglomerate, the Shaikhani Group. The company leverages its parent company's 30 plus years of expertise in the real estate market, and incorporates the Group’s emphasis on exemplary client servicing in delivering a wide array of services, including HVAC and MEP; glass, aluminum and cladding works; joinery, metal and cabinet, civil, flooring works; and insulation contracting. Furthermore, it boasts a prestigious UAE portfolio including residential, commercial, and mixed-use projects in prime locations in the Emirate. The organisation's keen eye for detail and passion for invention are its most essential assets as it aims for further growth and expansion across the region.
Posted by Imre Solt at 11:01 AM