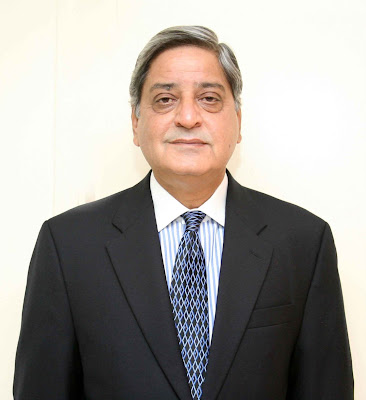 Show to spotlight railway projects worth US$ 106 billion in UAE, Saudi Arabia and Qatar

Dubai, UAE, 5th April, 2011: GulfRail 2012, the region's first of its kind exhibition and conference is participating in the 59th World Congress and Exhibition of the International Association of Public Transport (UITP), which is taking place in Dubai from April 10-14.

This was announced by Dubai's Al Fajer Information & Services, IMAG from Germany and Europoint from the Netherlands. Al Fajer said that the overall objective of GulfRail 2012 is to bring together the establishment of a reliable and regular high speed rail network connecting GCC countries.

GulfRail 2012 is participating in UITP Dubai 2011 to highlight the investment opportunities and intelligent rail systems in the GCC.
Satish Khanna, General Manager, Al Fajer Information and Services said: “GulfRail 2012 will be a key regional industrial event highlighting the latest information and technologies in rail and tunnelling systems, and will serve as a strategic networking platform for industry experts from around the globe.”
Khanna added: “The key driver of the rail industry for GCC is public-private partnerships. GCC is heading towards creating a reliable, effective and frequent high speed rail network connecting GCC countries. Investment opportunities in intelligent transport systems in the GCC are huge. Many companies outside the region regard the upcoming rail sector in the Middle East as the most lucrative opportunity to do business.”

Underscoring the importance of participating at this global event hosted by Roads & Transport Authority (RTA), Khanna added: “GulfRail 2012 is the next big event for the region after UITP Dubai 2011. It is significant to all the countries in the region. Following the Dubai Metro, rail projects in GCC have become a point of focus with multi-billion dollar investments being made by each Gulf state. A countrywide $11 billion (Dh40.4bn) railway network in the UAE with 1,500km of track will be rolled out over the next 7-8 years. Moreover, Abu Dhabi has revealed plans for a new rail network serving the city of Al-Ain in the emirate's Eastern Region. Dubai Metro has completed its first phase with a whopping investment of US $ 6 billion, and another mass transit network with 75 km will carry 1.8 million passengers per day by 2020.”

Khanna added: “The last five years have seen the announcement of a series of transport projects by various Gulf countries, including railway projects. In order to meet the pressing regional logistics demands, the next 10-15 years will see transport projects worth $ 170 billion. Out of this, 85% will be spent by UAE, Saudi Arabia and Qatar. Precisely over $ 106 billion will be spent in Railway sector alone.”

Talking about key rail projects lined up in the region, Johan Haarhuis, Managing Director, Europoint B.V. Conference & Exhibitions said: “Abu Dhabi has joined the fray with 131 km metro rail system which is expected to partially start in 2015. In 2009, GCC transport ministers approved a feasibility study for the US$ 12 billion GCC railway. Further, on a broader perspective, the network would extend from the GCC to Jordan, Syria and Turkey. The next move would be a more extensive system linking up with systems providing access to Europe and Asia via Turkey. There are huge upcoming railway projects in Middle East.”

“The GCC’s rail sector is a rising sector. In a nutshell, the GCC network will include one rail line of 1,970 km connecting all GCC countries and Qatar via a bridge. The second line of 1,984 km will stretch between Kuwait, Saudi Arabia, the UAE and end in Oman. An effective rail network will fortify the region’s position as a major global energy and trading hub.”

Haarhuis continued: “A metro light rail network is also planned in Doha. On the other side, Bahrain is planning a US$ 8 billion railway project stretching to 184 km and will include light rail trains, monorails and other transportation systems. Moreover, the Sultanate of Oman has announced plans for a national rail network to boost infrastructure.”

GulfRail 2012 will make its debut at the Dubai International Convention & Exhibition Centre early next year.
Posted by Imre Solt at 1:58 PM

Email ThisBlogThis!Share to TwitterShare to FacebookShare to Pinterest
Labels: 59th World Congress and Exhibition of the International Association of Public Transport, GulfRail 2012, UITP