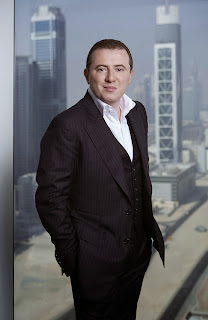 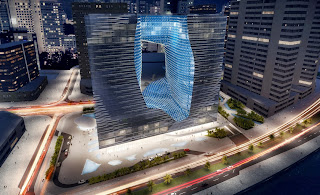 Located in Burj Khalifa District, The Opus will feature signature furniture designed or selected by Hadid, giving it another huge value addition.

The Opus, which will be unveiled at Cityscape Global 2013, will feature the first ‘ME by Melia’ hotel in Asia, after its successful launches in London, Cabo, Cancun, Barcelona, Madrid and Vienna. The world class hotel will feature Michelin star F&B outlets spread across an area of 250,000 sq. ft. The entertainment options will be selected from New York, Miami, London and Las Vegas. The Opus will have exclusive furniture designed or selected by Zaha Hadid.

The limited number of serviced apartments, located on top of the hotel, will feature four penthouses with private roof terraces.Owners will enjoy the widest range of services customized.

“Omniyat is thrilled to unveil this ambitious project,” said Mahdi Amjad, Omniyat's Executive Chairman and CEO. “Inspired by Omniyat and designed by legendary architect, Zaha Hadid, The Opus will stand out as one of the most striking landmarks on the Dubai skyline and offer the hotel guests and residents of the serviced apartments a truly classy experience.”

The project marks the foray into Dubai by ME by Melia, operated by Melia Hotels International, one of the world’s leading hotel companies that currently runs more than 350 hotels and 90,000 rooms in 39 countries in 4 continents. ME hotel is not merely a five star hotel but an extraordinary personality brand that believes that no two travellers are the same and therefore cannot be treated in the same manner.

“One of the key value additions of The Opus will be the exquisite furniture designed by Zaha Hadid,” said Amjad. “As most connoisseurs know, Zaha Hadid’s furniture is only available in select Art Galleries and retails in the world.”

Amjad emphasized: “The Opus is an extraordinary work of art, created by one of the world’s most brilliant minds. It is an icon of architectural distinction in downtown Dubai and a destination in its own right within the Burj Khalifa district, dubbed ‘a city within a city’.”

“The 95 metre high Opus is a masterwork of design whose repertoire gravitates towards distinction and originality. Brookfield Multiplex has already completed 30 percent of the construction,” Amjad said.

Located in one of the most desired places in Dubai, The Opus serviced apartments epitomise an incomparable experience of infusing stylish interiors with a home-away-from-home sensibility. They embody the ultimate urban lifestyle and all that one would expect in terms of luxury, hi-tech, service and privacy -- the cherished hallmarks of The Opus.

Dame Zaha Hadid DBE is a visionary architect who was selected in 2004 to become the first woman recipient of the prestigious Pritzker Prize, often referred to as ‘the Nobel Prize of Architecture’. Very recently, Hadid Architects’ design for the National Stadium of Japan, the centrepiece of the Tokyo 2020 Olympic Games and a significant iconic addition to Tokyo's skyline, is expected to become a shrine for world sport for the next 100 years as described by many.

ME by Melia is an international hospitality brand that spans the world’s global capitals of culture and cool with its progressive mix of design-driven and experience-centric approaches.

CEO and Vice Chairman of Meliá Hotels International, Gabriel Escarrer said “We have been searching for the next city for the ME brand to locate in and found it in this remarkable project in Dubai. It is a fascinating, exciting city that meets the high standards that ME by Meliá offers guests. Zaha Hadid’s masterpiece has exceeded our expectations; we are grateful to Omniyat for developing this ambitious project, and for trusting Meliá Hotels International as their key partner.”

Omniyat’s projects have a clear value proposition with offerings focusing on providing sustained value and tangible, measurable benefits to all stakeholders involved, including shareholders, buyers, and the community. The company has assembled international, multi-disciplinary teams of highly qualified professionals, each with many years of relevant experience in international markets as well as in the GCC region.

Omniyat works with “best-in-class” professional consultants and builders, with some of the world’s best known and most respected architects, specialty consultants and contractors. Omniyat has entered into strategic partnerships and joint ventures with selected professional service providers, offering complementary capabilities to its core business.

Email ThisBlogThis!Share to TwitterShare to FacebookShare to Pinterest
Labels: ME by Melia hotel & serviced apartments, Omniyat, The Opus, Zaha Hadid