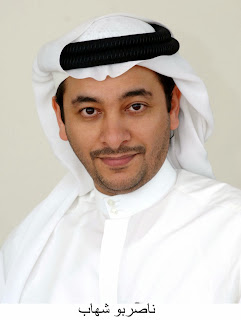 Roads & Transport Authority – Nashwan Attaa’ee:
The sophisticated technologies coupled with the diversified, enhanced and revamped bus routes have boosted the integration of mass transit means in the Emirate of Dubai and played a pivotal role in making the public transport the first mobility choice of residents, visitors and tourists descending into Dubai from all over the globe. This has cemented the profile of the Emirate not only at the regional level but across the world, rendering it a prominent destination in economic, tourist, financial, service, and trading activities among other vital fields.
“Among the key technologies and ultra-modern scientific techniques is Visum program; which is tailor-made for studying transportation plans, estimating the number of trips generated by land uses, and estimating the ridership of public transport means,” said Nasir Hamad Bu Shehab, Director of Strategic Planning, Strategy and Corporate Governance Sector, Roads and Transport Authority (RTA). He added, “There is also Micro Bus program; which is used to work out Bus Route Schedules and boasts of state-of-the-art techniques capable of uplifting the performance efficiency in serving public buses through optimizing the use of buses and drivers in line with the best global practices. There is also Hustus program; which is a sophisticated system used for scheduling bus routes and has advanced features that step up the efficiency of serving public buses in a way ensuring the optimal utilization of buses and drivers at world-class standards. The program also boasts of additional features that include the automatic update of compliance with the set timetables, providing printouts of bus timetables, and using bus timetables points system,” elaborated Bu Shehab.
“Among other programs and technologies in place is the AVM system which is an automated bus management system aimed at providing instant tracking of buses in cooperation with the Operations Control Center (OCC) whereby bus compliance with the set timetables is verified and precautionary measures are taken to avoid undermining the bus journeys through providing Curtail Trips, Emergency Response System, and coping with the Road Closure System. The system interfaces with the Automated Fare Collection (AFC) system and the GIS system used in capturing the data of transport & road projects under an integrated database that comprises satellite images and land uses. Additionally, we have the Unified Automated Fare Collection card through Nol card; which is a smart card enabling the public to pay for mobility fare onboard various public transport means of the RTA in Dubai through using a single card. The card can be used in travelling on all public transport means (Dubai Metro, public buses, and marine transit modes i.e. the Dubai Ferry, Water Bus and the Water Taxi) as well as paying parking fees in RTA paid parking zones.
“Other systems and programs that played a key role in the integration of public transport means include the Real Time Passenger Information (RTPI), a program that keeps public transport users informed of timetables of mass transit modes in an immediate and updated fashion. The Journey Planner or Wojhati program is also another key system that helps public transport users determine the best mobility modes and provides updated and accurate information about the nearest means of transport available to users depending on the their locations, destination and trip time.
“Other factors that have played a key role in the integration of public transport include the increase in the number of public bus routes, intercity bus routes, and marine transit routes including Dubai Ferry, Water Bus and Water Taxi. Contributing factors also include key components such as air-conditioned bus shelters spreading in various areas across Dubai emirate, accurate departure and arrival timetables to various destinations in addition to the durability, high degree of safety, spaciousness and luxury, not to mention the facilities available for special needs, which conform to the highest international standards.
Posted by Imre Solt at 11:31 PM