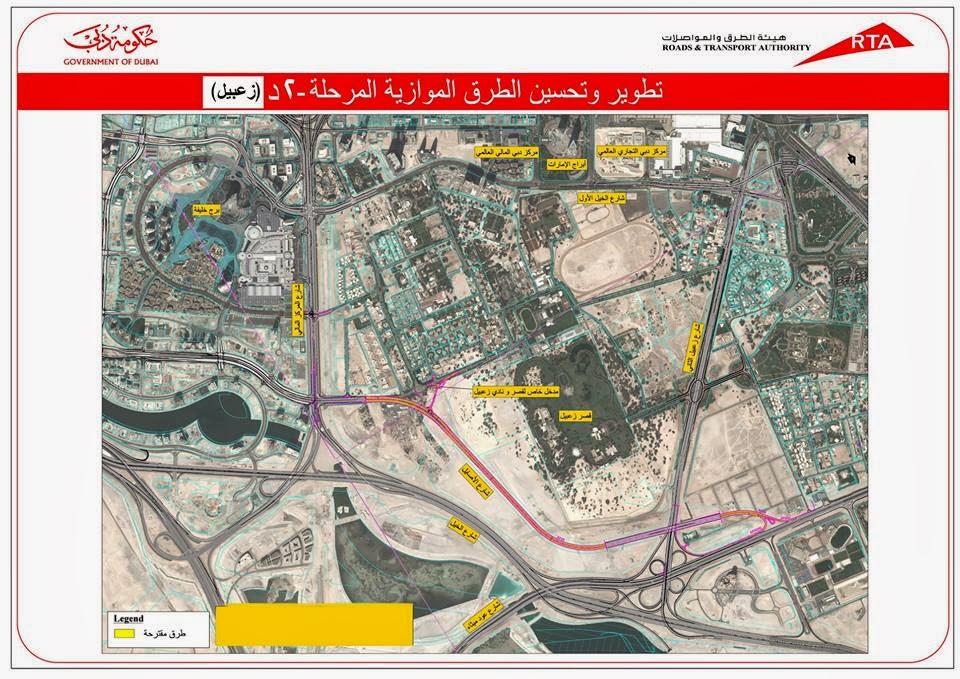 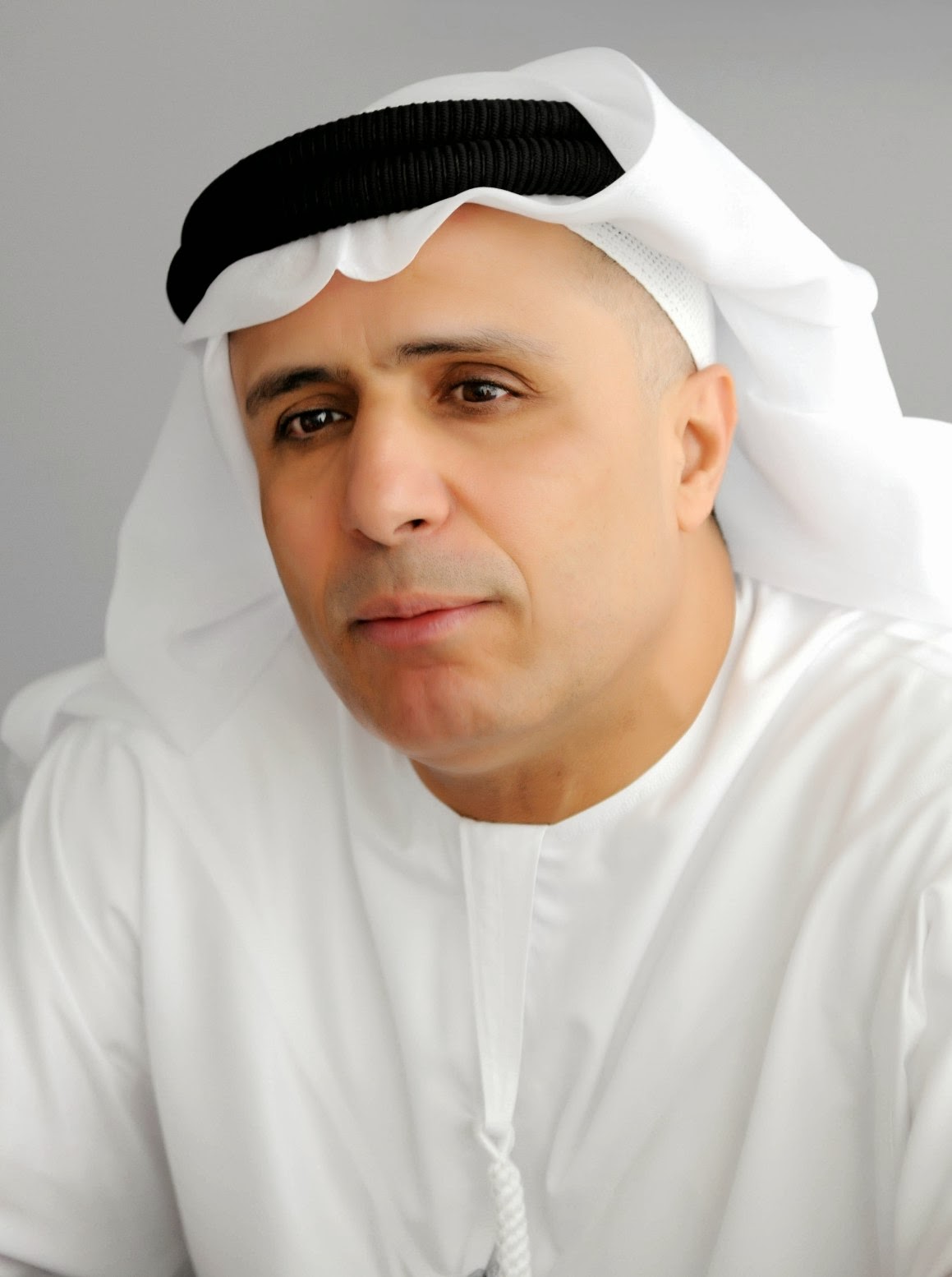 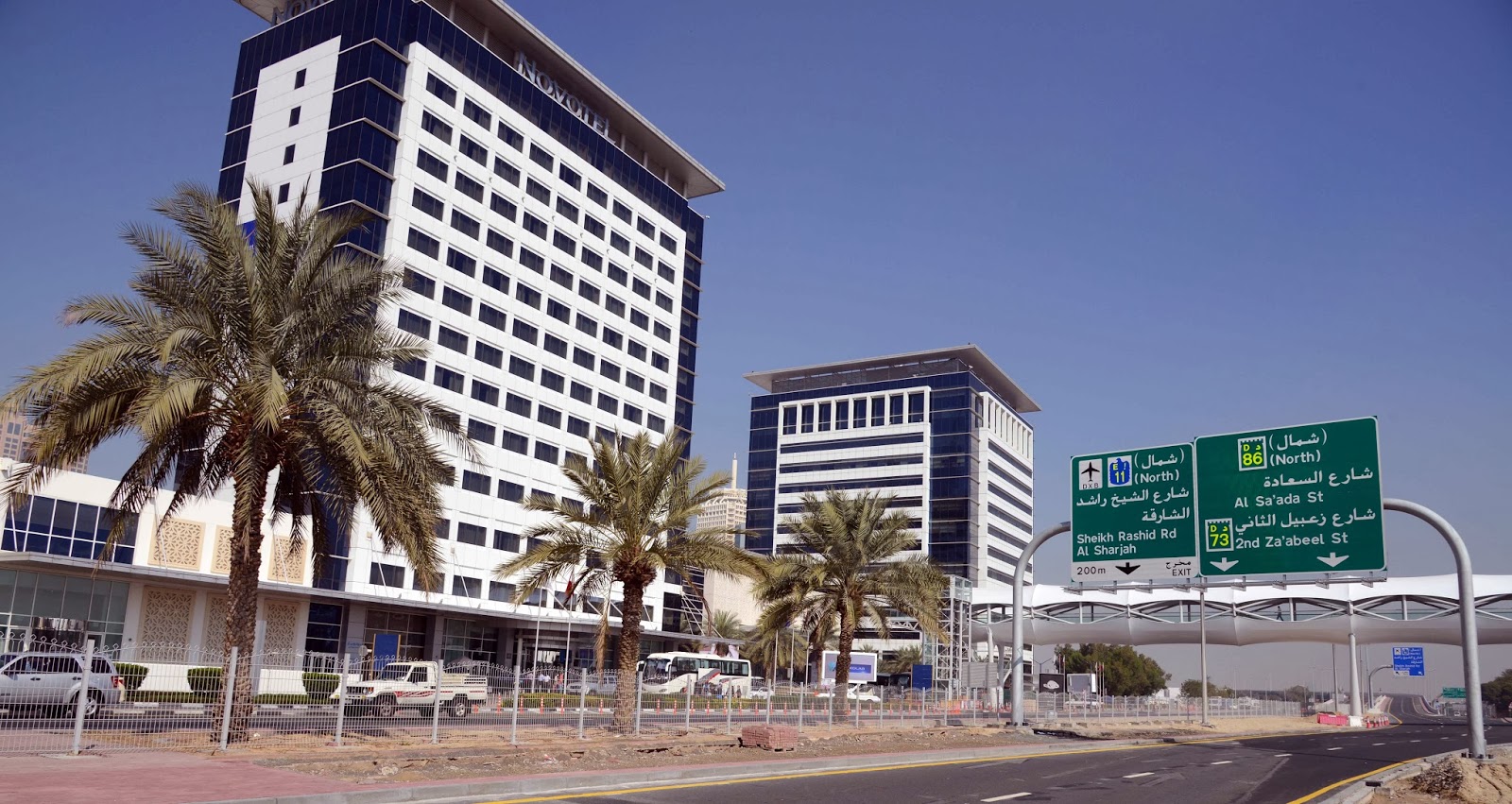 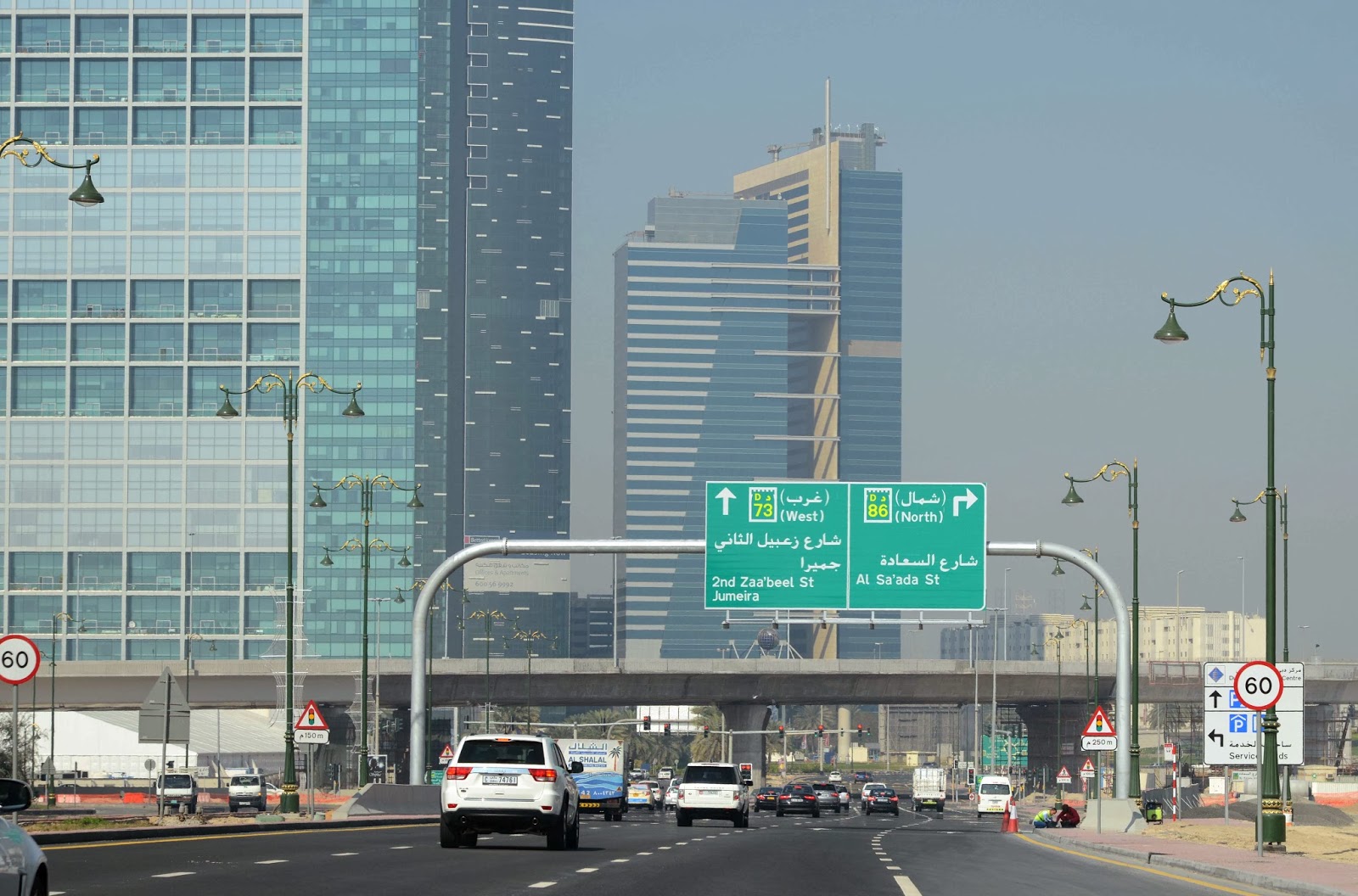 Mohammed bin Rashid endorses two parallel road projects at Godolphin, Zabeel costing 1bn dirham
Directives issued to rename Al-Khail First Road as Al-Saadah Road
Roads and Transport Authority – Mohammed Al Munji:
HH Sheikh Mohammed bin Rashid Al Maktoum, Vice-President and Prime Minister of the UAE and Ruler of Dubai, has ordered the renaming of Al-Khail First Road as Al-Saada Road. Starting from a point nearby the World Trade Center, Al-Saada Road passes by the Dubai Financial Center and stretches up to the downtown Burj Khalifa. HH has also endorsed two Parallel Road Improvement Projects in Godolphin and Zabeel areas; all projects combined cost about one billion dirham.
“Renaming this vital road, extending about 7.5 km linking the Sheikh Rashid Road and the Mohammed bin Rashid Boulevard Road, as Al-Saada (happiness) Road is inspired by the nature of the district which harbours towering facilities including the Executive Council of Dubai Emirate, Dubai World Trade Center, Burj Khalifa, Dubai Mall in addition to an array of hotels and tourist attractions. The step also underscores the role of these vital facilities in bringing welfare and happiness to citizens, residents and tourists alike; which culminated in classifying the UAE as one of the happiest countries on earth,” said His Excellency Mattar Al Tayer, Chairman of the Board and Executive Director of the Roads & Transport Authority (RTA).
Godolphin and Zabeel
“The Parallel Roads Improvement Project in Godolphin area; which the RTA would undertake in the last quarter of this year, requires about 30 months to complete, and costs about 900 million dirham,” added Al Tayer.
“The project comprises the construction of several roads, bridges and tunnels to ensure smooth traffic flow on the parallel roads, and alleviate congestions in the neighbourhood. It is considered an extension to Al-Asayel Road and Al-Saada Road (formerly Al-Khail First Road) aimed to support the existing roads in the Business Bay district, improve the traffic services, and provide entry & exit options for the area stretching along the Sheikh Zayed and Al-Khail Roads, besides linking with the surrounding communities such as Al-Qouz, Zabeel, and Jumeirah,” continued Al Tayer.
“The Eastern Parallel Roads Project at Zabeel tantamount to an extension of Al-Asayel Road, costing about 100 million dirham, and work in this project is set to start as early as February 2014 and continues 210 days,” he reported.
“The project links the Business Bay district with the existing Oud Metha Road through the underpasses of the Financial Center Road and Zabeel 2 Road. This new Road extends 3 km and comprises 3 lanes in each direction, and in future it will be linked with the Sheikh Rashid bin Saeed Crossing through a bridge passing over Oud Metha Road to link Bur Dubai with The Lagoons, Al Warqaa, Nad Al-Hammar and the International City. The project works includes ceramic cladding and lighting of the underpasses of the Financial Center Road and Zabeel Road,” said Al Tayer in a final remark.
Posted by Imre Solt at 12:18 PM